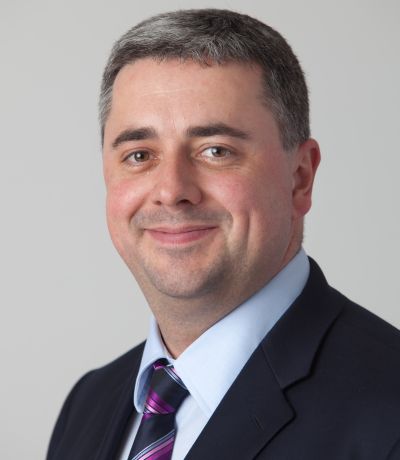 For our discussion series on the Government’s Airports Commission (Davies) Stewart Wingate puts forward the Gatwick viewpoint.  A Chartered Engineer, Mr Wingate was with BAA from 2004 until September 2009, as Customer Services Director of Glasgow Airport (2004-2005), Chief Executive Officer of Budapest Airport (2005-2007) and prior to the purchase of Gatwick by a group headed by Global Infrastructure Partners, Managing Director of Stansted Airport (2007-2009).  He has a Masters in Business Administration.

Please note the previous ‘Specials’ listed at the end of this commentary.


You could be forgiven for thinking that all of London’s runways are full today, and that we’re in the midst of a ‘connectivity crisis’.  But that simply is not true.  Gatwick has capacity to grow, as do other airports in London.  We are in a good position to help the UK broaden its trade links with the world’s growth markets.  Airlines from these economies are choosing to start direct daily flights from Gatwick.  That shouldn’t surprise anyone.  London is the largest market for air travel (by passengers) in the world.  Airlines will always want to serve it. And London is not full – only one airport is.

We have seen new routes opened to China and Turkey, established the first direct link between the UK and Vietnam and now have a double daily flight to Moscow at highly competitive prices.  From October, we’ll be supporting the UK’s – in fact Europe’s – only direct daily route to Indonesia.  This will see Gatwick connect to four of the eight ‘growth economies’ that many have focused on in terms of the UK’s future exports and inward investment.

But what about that future?  There will come a time in the 2020s when Gatwick will be full, as well as the other London airports.  What do we do then?  Sir Howard Davies is rightly looking at all the options.  Our vision is clear.  We see a competitive constellation of three major airports each with, in time, two runways – with the next one being at Gatwick.  Large numbers of world cities are perfectly well served by this kind of approach including New York, Tokyo, Istanbul and Paris.  IATA analysis shows that 87% of London’s air passengers are simply starting or ending their journeys here – and not transferring.  So there simply isn’t the demand for a ‘mega hub’ in London.  Our vision acknowledges the reality that London and the South East is the UK’s hub for aviation – not one airport.

Not only does it reflect the nature of the market, our vision could also be affordable, deliverable and sustainable.  It would give passengers, communities and businesses the certainty they need.  We are confident that, when all the evidence is taken into account, Gatwick will be the preferred option for the next runway in the South East.

Not only could our vision actually be delivered, it would also see clear benefits for those most often lost in this debate – the passenger.  Removing reliance on one dominant airport, or a new ‘mega hub’, could deliver the true airport competition that promotes a greater choice of routes, carriers, destinations and lower fares that was envisaged when the airports monopoly in the South East was broken up.  Likewise, by spreading capacity across different locations, rather than concentrating it all in one place, passengers at London’s airports would be less vulnerable to the effects of disruption.  We would not want to see airports planning to fail, and cancelling hundreds of flights pre-emptively, during periods of severe weather.  It would also spread the economic and social benefits across the South East, whilst not concentrating all the new environmental impacts in one place.

In outlining our vision, transfer or ‘hub’ passengers will remain important for some routes.  Indeed, at Gatwick we have millions of passengers transferring each year.  But how passengers connect in the future will change.  Evidence from around the world shows the growth in partnerships between low-cost airlines and long haul carriers as an alternative to the traditional network carrier model.  Also, the growth in the number of passengers self-connecting is also a key trend for the future.

In parallel, aircraft order books show that there are currently 1,417 A350 and 787-800 (or 'hub busters') on order.  These ultra-long range aircraft have been specifically developed to service direct long haul routes and are changing the economics of air travel.  Only 260 A380s are on those same order books – 90 with one airline. These are designed very much with the old ‘hub and spoke’ model in mind.  Airlines are clearly voting with their feet.

Our answer provides the connectivity, the competition, and the certainty that the many people in this debate want and need.  Any solution to the capacity debate has its upsides, and its downsides.  But we do need one.  Gatwick can provide that solution, and it can do it in any way that meets far more of the challenges that many outside our industry have laid down.  Surely, after decades of indecision and delay, we need to move towards just that.