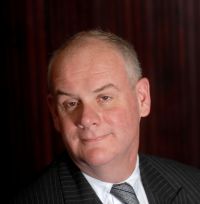 Daniel Moylan has led the Mayor of London’s work on aviation policy for over two years, championing the case for construction of a new hub airport to serve London and the UK.

He spent over three years as Deputy Chairman of Transport for London (2009 to 2012), where he oversaw a massive programme of investment in transport infrastructure and led the Mayor’s work to improve London’s public realm.  He remains a Member of the Board of Transport for London.  He also served as Chairman of the London Legacy Development Corporation during the 2012 Olympic and Paralympic Games.

Daniel has been a Conservative councillor in the Royal Borough of Kensington and Chelsea since 1990 and was Deputy Leader of the Council from 2000 to 2011.

We live on an island.  That fact has been instrumental in the development of our country and our culture over the centuries.  And it plays no small part in how we came to be home to the world’s largest port and, in time, the world’s busiest airport.

Down through the ages we have thrived on connectivity and nowadays that connectivity is achieved by air travel, with three quarters of people who arrive in this country doing so by air.  And it has been the foundation of our success. When politicians talk about London being a ‘global city’ they are not just waxing lyrical without a solid grounding in evidence.  Our capital’s position at the top of the financial food chain; the foreign direct investment London attracts; and the global headquarters to be found within the UK’s shores are all a direct result of our place on the worldwide superhighway of international hub airports.

But, for reasons that escape me, our island nature has a tendency to slip from our minds when we turn to the question of airport policy.  Our vision stops abruptly at the white cliffs of Dover and we neglect to realise that the competition for international hub status is exactly that: an international one.

It is only recently that Colin Matthews, Chief Executive of Heathrow Airport, was writing here (BTN 25 February 2013) about this same topic. He said that the Mayor and Heathrow agree on the importance of a single hub airport, and he is right.  All airports are able to draw on local, ‘Origin-Destination’ demand to supply passengers, and London – with its population of eight million and perhaps twice that in the wider South East – has a large and prosperous market to support a network of routes.  But it is only by adding transfer traffic to that demand that an airport is able to put on the widest possible range of routes with the highest possible frequencies.  Scattering our airport infrastructure across the South East only makes us less attractive to transfer passengers, which ultimately weakens our connectivity.

Of course, where the Mayor’s position differs from that of Mr. Matthews is on Heathrow’s ability to serve the UK as that single hub.  It is universally recognised as the worst performing airport on grounds of noise disturbance (it accounts for 28% of all airport noise in the European Union, compared to only 0.1% at Paris Charles de Gaulle) and it is far too physically constrained ever to become an airport of the size our country needs if it is to develop and grow. Whilst Heathrow sits on a site roughly the area of the Royal Borough of Kensington and Chelsea, that is nowhere near enough room to house an efficient and internationally competitive hub airport.  By contrast, Frankfurt am Main handles fewer passengers than Heathrow annually, but occupies almost twice as much space and has room to expand.

So the Mayor’s fervent belief is that we must investigate other options.  He has started work on that process and has now published the criteria he will use to narrow down the search for a suitable site for a new airport.  Those criteria have been informed by public consultation and endorsed by independent, expert peer review, and can be found at www.tfl.gov.uk/aviation; they have also been submitted to the Davies Commission as a comprehensive and impartial basis for them to undertake a similar winnowing.  The Mayor’s next step is to use them to narrow the options on the table down to a more manageable shortlist on which detailed feasibility studies can be conducted, and he will be announcing the contents of that shortlist soon.  The feasibility studies will be completed to inform the Mayor’s submission of detailed evidence to Sir Howard’s Commission before the end of the year.

As a country, we have consistently failed to make any major decision on airport policy for decades, but we cannot allow that situation to continue.  Heathrow is full to bursting and our rivals on the continent are literally laughing at us from across the water. The Chief Executive of Amsterdam Schiphol – who is a lovely man, by the way, and obviously extremely capable – has no qualms about saying that the business case for their sixth runway is founded on UK hub demand that Heathrow is failing to meet.  I have no doubt that in the future we will have access to a major, efficient hub airport.  The question is whether it, and the benefits that go with it, will be in Britain.  The Dutch have already taken our port away from us; there are no prizes for guessing which bit of our infrastructure they’ve set their sights on next.