ON THE SOAPBOX: Giovanni Bisignani, former Director General and CEO of IATA

UK air transport - It is time for courage 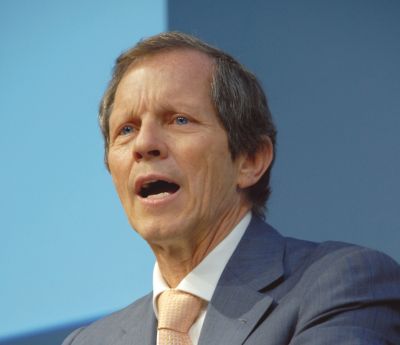 Giovanni Bisignani (66), was formerly Director General and CEO of IATA from 2002 to 2011.  He lives in London and is fluent in Italian, Spanish and English.  His new book Shaking the Skies covers his time leading IATA and deals with all the major issues in aviation, including infrastructure.  Giovanni's most recent appointment was to the board of Aircastle Ltd, the aircraft leasing company.  In 2001 he launched the European travel portal Opodo and served as the company's Chief Executive Officer.  Mr Bisignani has also held executive positions at SM Logistics, Tirrenia di Navigazione and Alitalia, and has served as a member of the Pratt & Whitney Advisory Board and Chairman of Galileo International.

When the UK Coalition Government came to power in the UK they immediately said there would be no third runway at Heathrow.  Perhaps it was the only thing on which they could agree.

But the speed and the certainty shown in rejecting the third runway was not a sign of things to come.  Unfortunately, the Coalition has never had the courage to suggest an alternative solution to the UK’s lack of air traffic capacity.  We have a vacuum, an empty space where a comprehensive, coherent Aviation Policy should be.

It is said that nature hates a vacuum so all manner of nonsense steps in to fill the void.  And Boris Island in the Thames Estuary is nonsense.  I won’t waste time explaining why.  Anybody involved in aviation will know the very obvious arguments.  In any case, you would probably have to sell off several parts of the UK just to finance the project.

Nor is it acceptable to paper over the cracks with suggestions of developing smaller airfields to take the strain off Heathrow.  This is just delaying a decision – probably music to the ears of Coalition politicians but a deadly sin in business.

You cannot split operations anyway.  Long haul routes would lose connecting traffic and their viability.  We have seen these effects in Tokyo and Montreal in years gone by.  New York, with eight million inhabitants and two international airports, has fewer long haul destinations than Frankfurt, which has a population of just 600,000.

The House of Commons Transport Committee recently came to the only logical conclusion.  They said a third and perhaps even a fourth runway at Heathrow was the obvious way to go.

This cannot happen quickly enough.  It is incredible that we have been talking about a third runway since the Roskill Commission some 40 years ago.  Already it is too late and the UK will suffer but as the saying goes, “better late than never”.

The British Chamber of Commerce estimates that a delayed decision is costing the UK £1bn every year.  And yet the Airports Commission, led by Sir Howard Davies, isn’t due to report until 2015.  While the Airports Commission is at least confirmation that the Government recognises the importance of the UK’s aviation industry, does it really need such a long time to arrive at the only possible answer?

The UK has been home to the busiest gateways in the world for many hundreds of years – first ports and then an airport.  But Dubai will soon take over from Heathrow as the busiest international airport in the world.  Many others are not far behind.  And these others are in direct competition with Heathrow for investment and jobs – places like Paris, Amsterdam and Frankfurt.

The number of destinations available from Heathrow is in decline.  From over 200 different destinations, it is expected that the airport will soon offer less than 150.  And it is particularly suffering from a lack of connectivity with emerging economies.

It is not rocket science.  If a country hosts the most attractive gateway on the continent, offering direct connections to major cities and emerging economies around the world, then that country becomes a great place to invest.

Heathrow is no longer attractive.  It operates at about 99% capacity.  So any adverse operational conditions forces suffering on the traveller, the airlines and the UK economy.  On 24 May, a British Airways flight to Oslo had to return to Heathrow to make an emergency landing.  Both runways were closed for a time.  The resulting delays of at least one hour, plus extended taxiing times, undoubtedly proved costly.

We have seen many improvements in the overall infrastructure at Heathrow.  Terminal 5 is very successful and there are high hopes for the new Terminal 2.  But these buildings mean nothing without those crucial few kilometres of runway.

The UK is paying the price for indecision and it is a price that keeps on rising.  The UK Coalition Government must find the courage to agree to a third runway at Heathrow.  Otherwise we will be left with nonsense – and a chain around the neck of the UK economy.

We follow with a note from Vernon Murphy, a regular contributor to BTN and a former BAA Board member.

Mr Murphy points out that there has been much UK media coverage concerning the 50th anniversary of Lord Beeching's British Railways recommendation.  Did you know it is also the 50th anniversary for another testimony – The Inter-Departmental Committee Report on The Third London Airport (CAP199) which was released in June 1963?  This white paper called for development of Stansted into the third London Airport with two runways.  However at that time the forecasts it was based on did not factor in the impact that large wide bodied jets would have on the passenger/air traffic movements (ie much less ATMs required to handle demand) and also could not foresee the enormous technological improvements to ATC.  The text was only around 28 pages plus charts.  Thankfully 'Davies' will be digitised.  The report came out under a Tory Government – the next Labour administration eventually ditched it and set up Roskill, dumped by Prime Minister Heath.