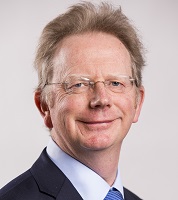 Now under new management (See BTN 7 October) Flybe has today (11 November) posted its half year accounts for six months until 30 September, the first results of what it calls its “turnaround” plan.

With the resignation of Jim French (see Jim French leaves Flybe in this issue), Flybe has a new Non-Executive Chairman, City veteran Simon Laffin, Chairman of Assura Group Ltd and Chairman of the Audit Committee at Quintain Estates & Development Plc.  He was part of the Northern Rock rescue team.

Mr Laffin announced up to 500 job losses (out of around 2,600 but this includes the already announced closure of the Gatwick base). “We will make Flybe the best local airline in Europe. This is ambitious, but achievable provided that we can transform our cost base and efficiency now”.  He said that the joint subsidiary Finnair JV is profitable and that four Q400s were flying under wet lease for Brussels Airways.  www.flybe.com