In the second crisis to hit French air transport in a week after the collapse of Aigle Azur (BTN 30 September), authorities on Friday liquidated insolvent airline XL Airways, ending hopes a last-minute takeover offer could save part of its operations. 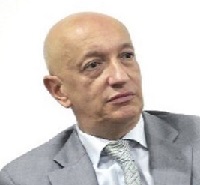 XL, a low-cost, long-haul carrier, suspended flights from last Monday, 30 September, blaming competition from Norwegian Air Shuttle and the yellow vests crisis in France whose mass demonstrations it said had been putting off visitors.

The closure decision had been delayed after Lu Azur, an investment company that had wanted to take over Aigle Azur, submitted a last-minute bid to save XL by taking on two of its four-strong Airbus A330 fleet and around half its staff.

Lu Azur managing director Philippe Bohn said the decision by a different French court to liquidate Aigle Azur had been “an absolute nonsense” and Lu Azur had decided to look at the XL dossier once the Aigle Azur liquidation decision was made.

XL, which operated from Paris Charles de Gaulle and other French cities to US and Caribbean destinations plus La Reunion in the Indian Ocean,owned by DreamJet Participations, also the parent company of all-Business Class carrier La Compagnie.