Expressions of interest by Air France and easyJet among others failed last week to save France’s second-biggest airline, Aigle Azur, which was liquidated at midnight on Friday with the loss of 1,150 jobs after a French court rejected rescue offers. 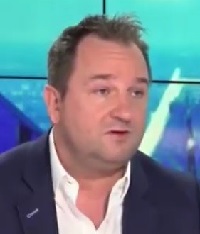 Aigle Azur, which operated a fleet of 11 Airbus aircraft, went into receivership on 2 September despite former CEO Frantz Yvelin attempting to prop up the airline’s financial position and resisting an attempted shareholder coup before resigning.

French transport secretary Jean-Baptiste Djebbari said on Friday that following the commercial court’s decision, he regretted “that no financed offer could result in the takeover of the airline”.

Djebbari noted the French state had cancelled several million euros of social and fiscal debt, and everything had been put in place to give the takeover offers the best possible chance.

Established in 1946, Aigle Azur under Yvelin, had been trying to move beyond its traditional network of routes to and from North Africa, especially Algeria, and attempt a long-haul expansion plan.

The move ran into difficulties as the airline amassed debts of €148m (£130m). The commercial court was then charged with examining expressions of interest in taking over all or part of Aigle Azur before Friday’s deadline.