Slovenia’s government is looking into setting up a new national carrier after Adria Airways said last week it had filed for receivership. 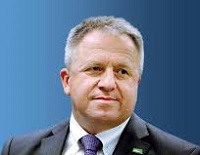 Adria, then a Star Alliance member, was bought by the German investment fund 4K Invest in 2016 and its collapse comes just weeks after the disintegration of Thomas Cook and in the same month two French carriers, XL Airways and Aigle Azur, have disappeared.

Adria said in a statement: "Adria Airways on Monday filed at the court in Kranj a request to start a bankruptcy procedure", adding the company had a "lack of liquidity."

Economy minister Zdravko Pocivalsek said receivership was the only possible avenue for the company. The government was unable to help as the company was privately owned and its levels of debt would prohibit such a move.

He added: "This would entail us taking over a high debt and enabling the owner to avoid any accountability. This would be irresponsible to the citizens and the budget."

The 4K Invest company was also heavily criticised by Pocivalsek, who said Adria's losses had been higher than anticipated. However, he added Slovenia might set up a new national carrier in the wake of Adria's demise.

(See also XL Airways goes under in this issue).