Following on last week’s report that Mike Collett has passed on Classic Flight’s unique RAF Canberra jet bomber to Vulcan in the Sky, he tells BTN that he is now looking for a home for the remaining aircraft in the fleet.  “They are all flyable,” said Mike, and are offered “in check”, some current. See BTN 8 August

Classic Flight (as Air Atlantique) also owns a pair of Douglas DC3s and these are on long-term charter to RVL based at East Midlands Airport for its Maritime & Coastguard Agency (MCA) surveillance work.

"It would be lovely for the 100th anniversary of the RAF in 2018 to see some of Classic Flight’s aircraft taking part including the Meteors, Venom and of course the Canberra.  The Dragon Rapide is going to have trouble in keeping up,” he said.
www.classicairforce.com 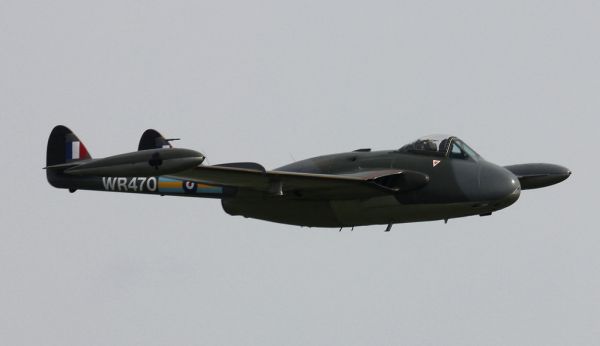