CityJet’s regional wet-lease and charter subsidiary VLM Airlines is to be acquired by its management team, just months after its parent company was sold by Air France to Germany’s Intro Aviation. 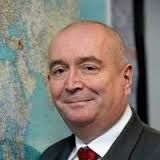 Belgian regional wet-lease provider VLM was created in 1993 as a scheduled airline, but shifted to wet-lease after being acquired by CityJet in late 2007.  In February Air France sold CityJet and VLM Airlines to German investor Intro Aviation (See BTN 5 May).  The two airlines are now parting company. “We received an offer from the management of VLM Airlines that we felt we could not refuse,” said Peter Oncken, MD of Intro Aviation.

Following the ownership change, which is expected to complete in the first week in November, VLM has also signed a Letter of Intent (LOI) that will see the carrier airline become the first European operator of the successful Sukhoi Superjet regional aircraft. (See BTN 13 October).

Under the terms of the LOI, VLM Airlines will take delivery of two SSJ100 LR aircraft in April 2015 under a 12-year operating lease, with options for two further aircraft.  The deal also includes purchase rights for 10 aircraft. www.flyvlm.com