Intro Aviation has acquired CityJet (now WX) and its subsidiary VLM from Air France.  CityJet is based in Dublin, and at London City Airport.  CityJet operates 17 Avro RJ85s on scheduled services.  VLM, an aircraft operating company, hires its planes, complete with crews, to other airlines (ACMI). CityJet is its major customer.

Whilst the elderly Avros could go within the next two years (and here the Sukhoi Superjet is a front runner – (see BTN 7 April) the twelve 50-seat Fokkers are only half life and are unlikely to be replaced in the near future.

The Intro Group goes back to 1973 and is still headed by its founder German businessman Hans Rudolf Woehrl.  Herr Woehrl holds an ATPL and flew himself into RAF Northolt from Dublin for the London announcement last week.  Over the last 40 years he fashioned NFD into Eurowings (now part of Lufthansa) to become the biggest independent German regional carrier, acquired Deutsche BA and bought, and subsequently sold LTU, that airline becoming the long haul arm of Air Berlin. 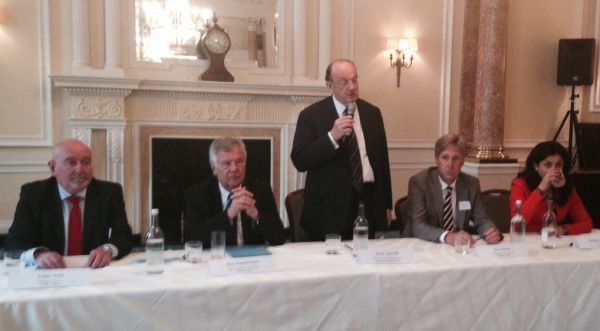