The Russian Sukhoi Superjet 100 regional aircraft has celebrated its first anniversary of operations with Interjet the Mexican airline. On 18 September 2013 the first SSJ100 entered into service at Mexico City, the Interjet fleet logging more than 12,000 flight hours and 11,400 cycles.  The maximum utilization in a day was over 11 flight hours.  At an altitude of 7,500ft it is one of the world’s highest capitals.

According to the airline’s operational reliability report, the SSJ100 is showing a technical dispatch reliability average of 99%. In one year of operations, the Interjet SSJ100 fleet has not logged any cancellations due to technical reasons.  The current fleet of nine SSJ100 aircraft in service is operated from Mexico City to various Mexican destinations with the longest scheduled flight between Mexico City (MEX) – Tijuana (TIJ) at 3hrs 25mins.

Superjet has won just over 300 orders for the aircraft which is assembled in Komsomolsk-on-Amur, in the far east of Russia and then flown to Venice for fitting out.  Around one hundred aircraft have been delivered.    www.scac.ru/en/products/sukhoi-superjet100 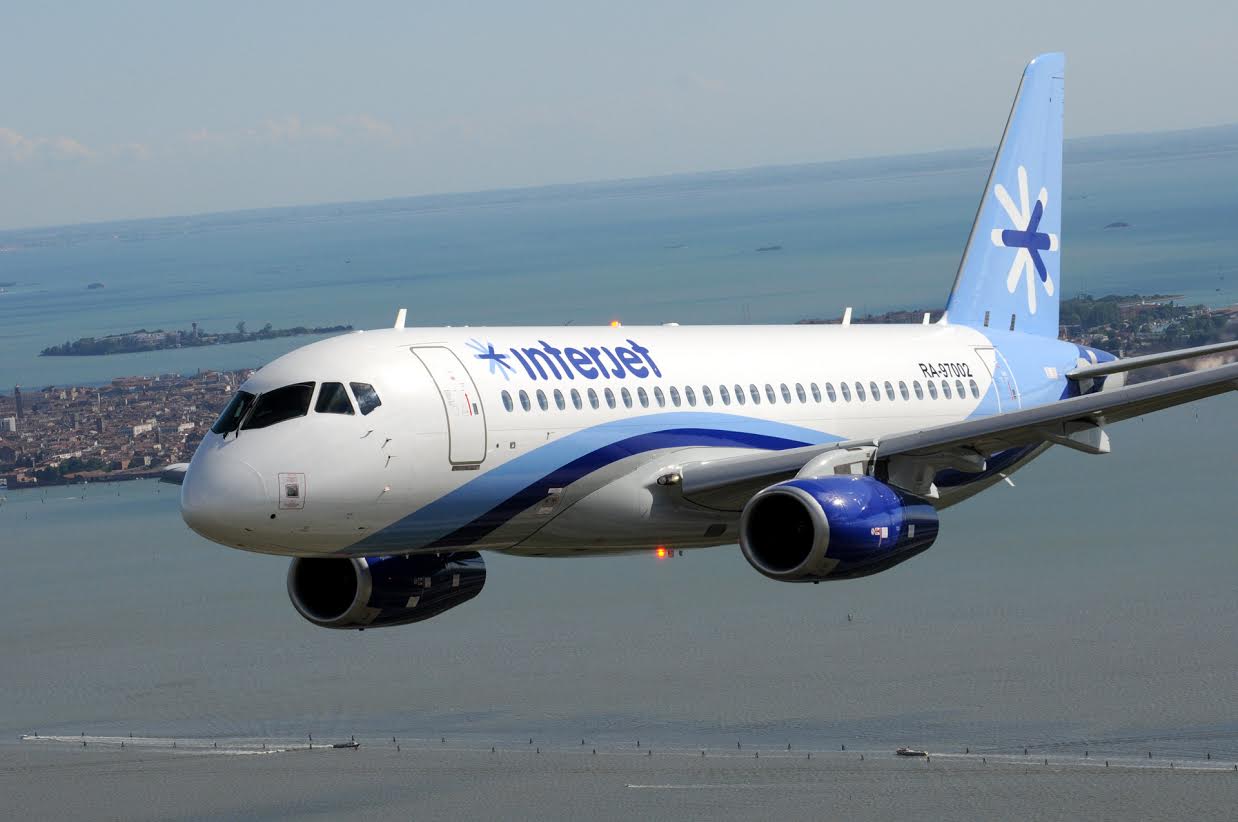