The Sunday Times Business Desk has highlighted some serious problems that British Airway has with punctuality.  According to the newspaper one third of flights to the key destinations of Hong Kong, Johannesburg and Los Angeles failed to depart on time in May and June.  A punctual departure is considered by the airline industry as one that leaves the gate within 15 minutes of its schedule.

Figures published by the Civil Aviation Authority show only 60% of BA’s flights to Hong Kong in June were punctual.  Another 20% took off between 31 minutes and one hour late.  Cathay Pacific, which together with Virgin Atlantic, competes on the route, achieved 81% on-time that month.  Rumoured baggage handling problems at T5 would not have helped.  British Airways set a minimum three hours target for its long haul aircraft including refuelling, catering and cleaning.

Part of the problem has been more new aircraft introductions than the norm, the Airbus A380, with its two passenger decks, innovative for BA, and also new for the terminal.  (See in this issue BA Fleet renewal).

Speaking to The Sunday Times BA said: “We know how important punctuality is to our customers so we put huge emphasis on keeping to our global schedule.  Unfortunately there are always factors that will affect our punctuality."  www.ba.com 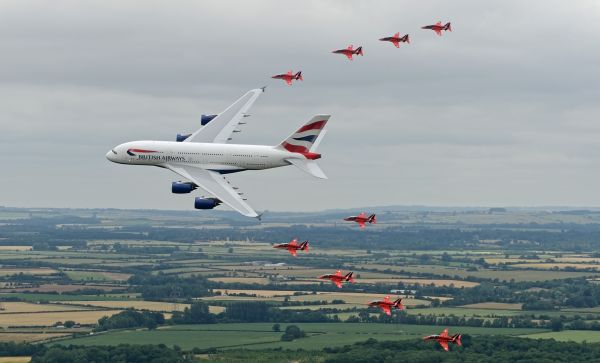