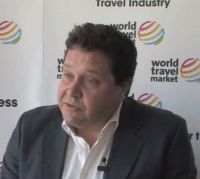 Following last week's news that Paul Simmons has resigned from easyJet, it is no surprise to find he is to join Flybe as Chief Commercial Officer on 28 October, reporting directly to the airline’s new Chief Executive, Saad Hammad. (See BTN 5 August)

In addition, Flybe announced that Mark Chown (Director of Corporate Strategy), Mike Rutter (Managing Director: Flybe Outsourcing Solutions) and Andrew Strong (Managing Director: Flybe UK) would step down from its board with immediate effect but continue to report to Hammad.  Andrew Knuckey, Chief Financial Officer since 2007, "has decided it is an appropriate time to step down from the Board and leave the company as soon as a successor can be appointed and a suitable handover period has been completed".

At the time of the airline’s flotation in December 2010 the largest shareholder was the Trustees of the Jack Walker estate (Rosedale Holdings) 48% and British Airways 15%.

Currently the airline flies to around 180 destinations and has a fleet of 45 Bombardier Q400 turboprops and 23 Embraer E series jets. www.flybe.com