Tel Aviv opens up for easyJet 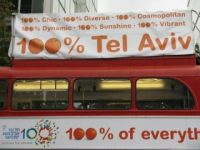 easyJet has been quick on the uptake following the new Israel/EU to ‘Open Skies’ agreement (see BTN 29 April).  The airline is to introduce a twice weekly service from Rome Fiumicino on 24 September.  Rome will become the fifth city to be linked with Tel Aviv by Britain’s largest airline, after Luton, Manchester, Geneva and Basel.  Flights will be operated by an Airbus A320 on Tuesdays and Saturdays.

With the new services easyJet will be the second largest non-Israeli carrier to Tel Aviv. easyJet was the first low-fare airline to enter the Israeli market in November 2009 and from winter 2013 will operate 23 services per week to Tel Aviv, carrying over 400,000 passengers annually.

Hugh Aitken, easyJet’s Commercial Manager, said: “Since entering the Israeli market easyJet has demonstrated that low-fares can be delivered alongside industry leading reliability and excellent customer service.  We are committed to working alongside the Israeli tourism and business community to continue to make flying easy and affordable on routes across Europe”.

Wizz, the Hungarian airline headquartered in Geneva, will introduce a Budapest – Tel Aviv service from 15 June and is thought to be looking at other routes. www.easyjet.com