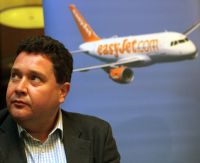 Following a decision by the Israeli Parliament to go ‘Open Skies’ air transport in an out of the Middle East state was subjected to strikes at the beginning of last week which affected El Al, Arkia and Israir plus Tel Aviv International Airport.  After 24 hours an agreement was hammered out which will mean the government paying for most of the airlines' security costs.

Under the new agreement European airlines are free to open up bases at Tel Aviv.  Wizz, the Hungarian airline headquartered in Geneva, is already geared up to introduce a Budapest – Tel Aviv service from 15 June and is thought to be looking at other routes.  EasyJet already flies from Geneva, Luton and Manchester and could easily add popular points such as Athens, Barcelona and Nice.  Ryanair is thought to be looking at up to 50 flights per week from its Continental bases.  According to an economic survey the introduction of Open Skies could add up to 250,000 extra visitors to Israel.

In another move First Israel Mezzanine Investors Fund (FIMI) and El Al have signed an agreement under which FIMI will invest up to US$75m for a 47% stake, and form a control group with Knafaim Holdings Ltd. www.elal.com