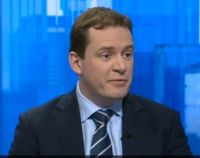 Research by KPMG, the financial advisors, into airline unit costs reveals that the difference between the cost base of low-cost carriers (LCCs) and legacy airlines has narrowed dramatically over the last six years.  From a customer perspective, the distinction between the two business models for short haul flying is increasingly irrelevant as traditional flag carriers’ short haul operations now compete head to head with the LCCs' point-to-point services.

KPMG’s 2013 Airline Disclosures Handbook, which reviews the financial reports of the world’s top 25 airlines and six of the largest low-cost airlines, shows that the cost gap between legacy and low-cost carriers has narrowed from 3.6 to 2.5 US cents per Available Seat Kilometer (ASK) between 2006 and 2011, a reduction of over 30%.  The majority of this convergence happened in 2008 and 2009, mainly due to aggressive streamlining by legacy carriers in response to the financial crisis.  The lack of further convergence after 2009 indicates that the “easy-wins” in terms of restructuring had been taken, the report says, and that the remaining cost gap is more structural in nature.