ON TOUR: The Galapagos Islands

Last week AERBT reported on Ecuador and that remarkable country’s leap in the 21st century.  500 miles off the coast are the Galapagos Islands discovered by the Spanish in 1535 but not really put on the map until an unplanned visit by a young British naturalist called Charles Darwin in 1835.

Metropolitan Touring had excellently hosted your Editor, finally delivering him to Quito International Airport for the 60-minute flight in a brand new two-class Aerogal Airbus A320 to the port city of Guayaquil, Ecuador’s largest conurbation.  After 24 hours it was on by the same aircraft to the tiny airport on San Chistobal, capital of the Galapagos province.  At that point Ecoventura, a specialist operator, took over. 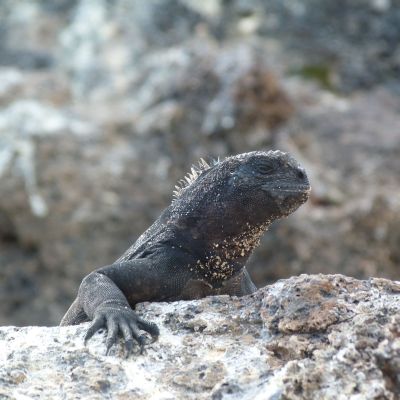 Visiting the Galapagos is an experience and very strictly controlled.  Only 85 ships are licensed to use the waters with the largest offering just 50 cabins.  All the vessels must carry official guides who are limited to 20 visitors each.  Visitors start their tour with a flight to one of the two large islands of San Chistobal and Santa Fe, each with a small town.  An alternative is to stay at an eco hotel and take day trips to the various islands.  That does not mean escaping seas that from time to time can be less than smooth.  It all depends on where the wind is coming from.

The Galapagos islands and its surrounding waters form an Ecuadorian province, a national park, and a biological marine reserve.  The principal language on the islands is Spanish.  The islands have a population of around 23,000.

Our home for seven nights was Motor Vessel Eric, one of three ships operated by Ecoventura and flat out at eight knots.  Accommodation was on three levels.

The cabins are adequate but do not expect the luxury of an average cruise liner.  There was plenty of storage space for clothes but only casual clothes and hiking boots are required.  Perhaps also flip flops for ‘wet’ landings.

Just 20 passengers maximum and a briefing every evening by two top class naturalist guides who were also experts in scuba diving and snorkelling.  The ship offered a fine sun deck and also a comprehensive water sports’ kit.  Wet suits are provided as the sea can be cold when experiencing underwater sea-life.  What was very apparent was the splendid spirit of camaraderie apparent within the group.  Keen naturalists and a senior university lecturer mixed well with a Hollywood producer towed along by his writer wife.  Plus several whose interest in nature would be best described as casual.

Most days were split into half, alternating a land exploration with ocean activities.  The islands straddle the Equator (necessitating a visit by Neptune and his friends). 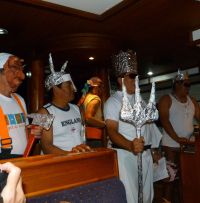 The Galapagos are unique.  Where else on earth can you see, seemingly happily living together iguanas by the thousand, likewise pelicans, sea lions basking in their hundreds, giant tortoises, blue footed boobies, albatrosses, cormorants and frigate birds.  In the clear waters there are whales, dolphins and (tame) sharks.

Charles Darwin's voyage on the Beagle lasted five years.  He only spent five weeks on the Galapagos and it took him another 20 years to develop his thesis and commit it to print.  He never left England again.  Such was his eminence as the premier naturalist of the age he was given a State Funeral when he died in 1883 age 73.  He is buried in Westminster Abbey among the great of the 19th century. 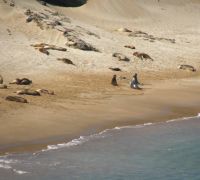 Arrival and departure to Eric is by tender.  Whilst most landings are very easy sometimes one actually has to wade into the sea by the shoreline.  Ankle deep only.

Once on land the majority of the islands do have well used rocky paths but sometimes they are very uneven.  On the island of Isabela the climb is 400 steps.  It’s worth the effort mind you.  Most of the walks are limited to about one hour and the guides are conscious that for some the terrain in not easy.  Undulating would be the right description. Nothing too difficult but you need to keep your wits about you. 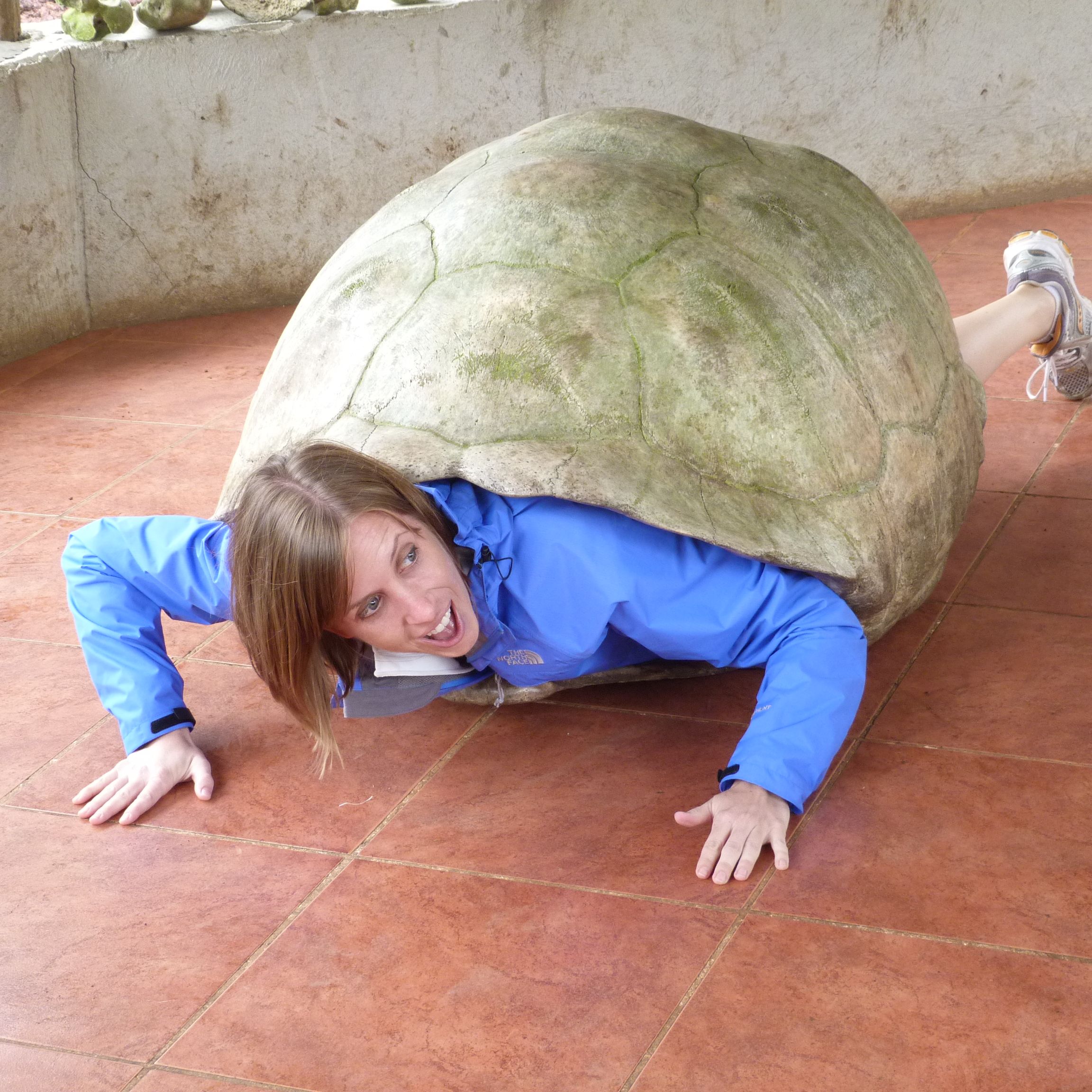 A must for visitors is the Charles Darwin Foundation headquarters, a short stroll from the centre of Puerto Ayora on Santa Cruz Island.  Allow a couple of hours for the visit which includes a breeding centre for giant tortoises and an exhibition describing the various varieties of these remarkable creatures.  Here there was a unique photo opportunity with a pair of empty large tortoise shells.  Two of our party were volunteered to get into them to experience what it must be like living in a shell.

Over a seven-day period we covered a little under 500 miles.  How far we walked one does not know, nor the number of sea lions spotted. 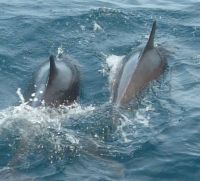 Other operators offer larger ships with up to 100 passengers but with just 16 in the party and two very good guides one could not ask for more.  No queuing to start with, two Zodiacs capable of accommodating everyone.

Just do not expect 5-star luxury in a most rewarding experience.  It can be compared with going on safari in Kenya but with iguanas for company rather than wilder beast and instead of animals an abundance of sea life, birds, flora and fauna, and a great variety of interesting terrain. www.ecoventura.com www.metropolitan-touring.com 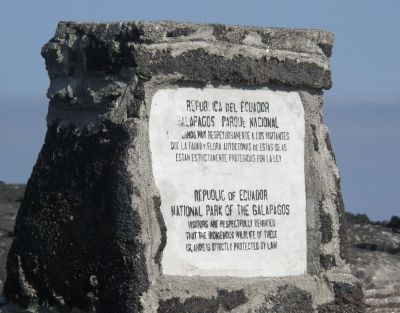