The airline industry gathered at the QE Centre Westminster last Monday bringing together the British operators (Airlines UK) and overseas carriers with UK offices (BAR-UK), plus other heavyweights with an air travel interest. 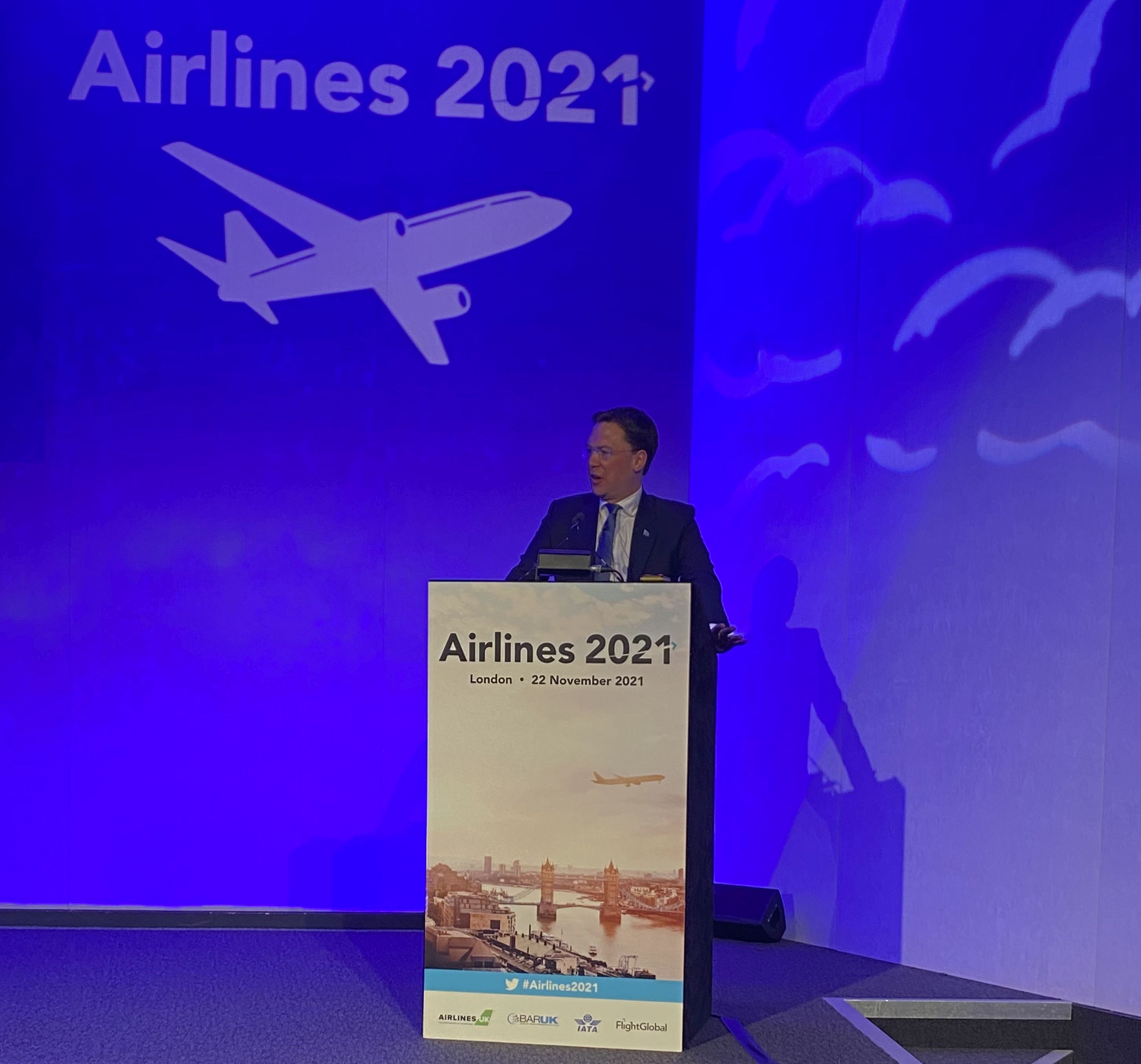 Starting the proceedings was Luis Gallego, now London-based, the former Iberia chief heading up IAG.  He was scathing about airport charges and even indicated a reconsideration of how the Heathrow hub would work for the Group if there was not a change of policy. See in this week's BTN.

There was a note of optimism throughout the day, in some ways the networking more useful than the podium discourses.

With Simon Calder as the moderator, the British airlines had their say including easyJet Chief Commercial Officer Sophie Dekkers condemning government policies "as a real shame".  She compared the UK to Europe – where vaccinated travellers can travel without testing – noting the “much stronger” recovery in the latter.

New Wizz Air UK Managing Director Marion Geoffroy highlighted the day-two Covid-19 testing for arrivals: “The whole point in vaccination was to avoid this.”  Jonathan Hinkles of Loganair was very proud of what his airline and its staff had achieved flying every day since the start of the pandemic.

On a pre-recorded video from Geneva IATA Director General Willie Walsh meanwhile made a serious joke about British border controls: “I’ve never seen a traffic light with five or six colours in it.”

UK Aviation Minister Robert Courts gave a spirited repose but did not mention the Public Service Obligations (PSOs) announced during the conference (see Eastern wins Cornwall in this week’s BTN).  Asked by BTN what was the situation for other routes, it was clear he had not been briefed on the subject.  For virtually every question from the floor the answer was the same:  “We will review the travel restrictions in January! He said the slots issue was being reviewed for summer 2022.

Another notable theme of Airlines 2021 was how sustainability has become an unavoidable topic in all discussions regarding the future of the industry with IAG’s Jonathon Counsell a leader on this topic.

Some speakers said they were encouraged by how much the debate on Sustainable Aviation Fuel (SAF) has moved on in recent months, with Pieter Elbers, CEO of KLM, and this year’s high profile overseas presenter welcoming the fact that “momentum is picking up” among governments.  Elbers pointed out that KLM now served 17 UK airports from Amsterdam.