Luis Gallego was the opening speaker at last Monday’s Airlines 2021 conference. He made it quite clear from the start that aviation was in his blood, quoting the Wright Brothers, Amelia Earhart and, as a Spaniard, Juan de la Cierva who built the world’s first helicopter, in 1920.  Clearly “A Total Aviation Man!” 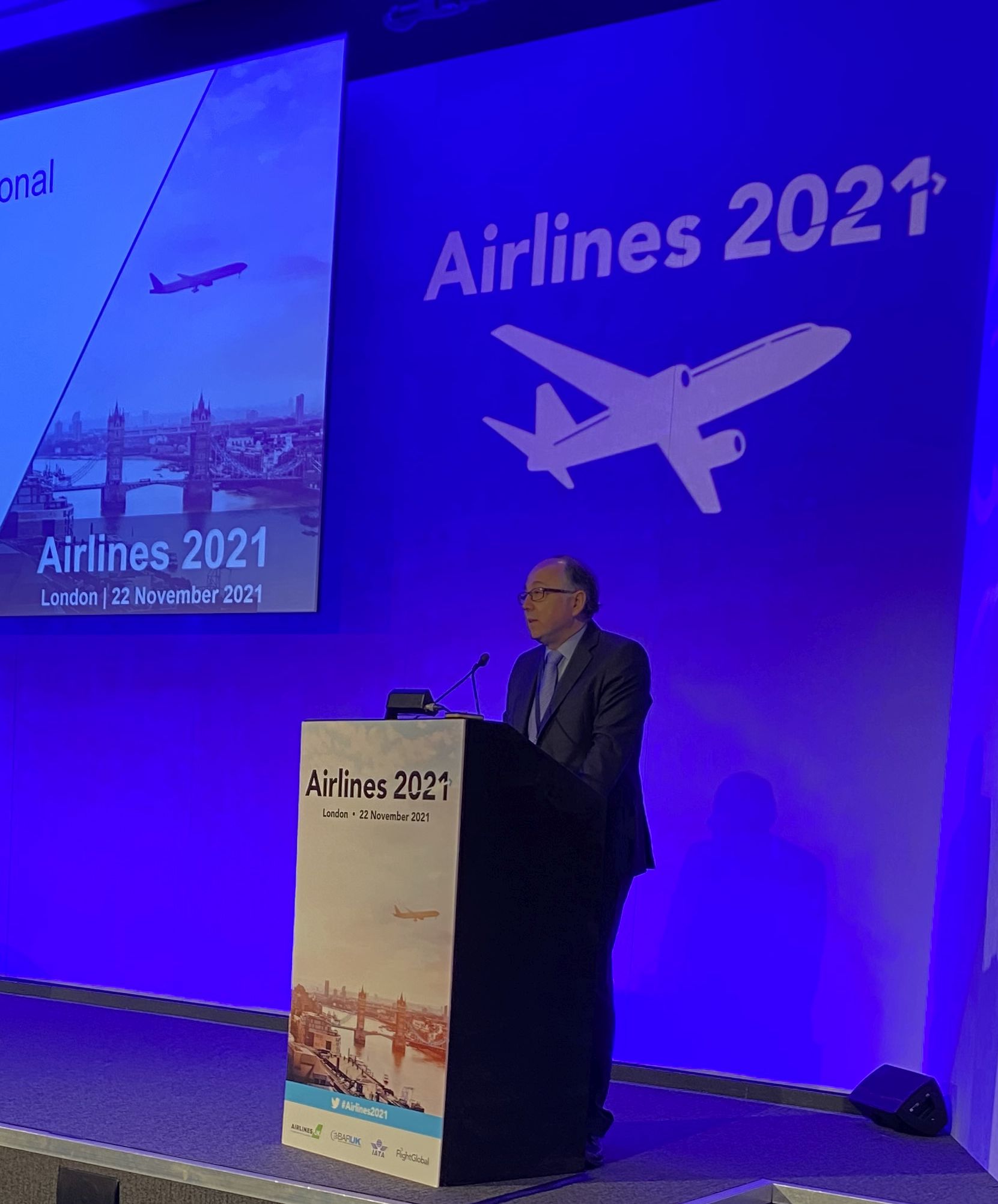 In a far-ranging speech he took us through the trials and tribulations of the last 12 months.  He said that the expectation was that the North Atlantic routes will reach full capacity by next summer.

But it was the British Airways' hub airport that he focussed on, praising his predecessor Willie Walsh, Chairman, International Airlines Group (IAG), for his attack on Heathrow and its proposed charges.

“Heathrow is becoming more and more expensive for airline operators to use.

It has some of the highest landing charges of any airport in the world.

And now, operators could face a 50% increase in fees – over the next five years.

A decision that would make the UK not more competitive, but less.

And here is a crucial point:

Heathrow’s leading position is not inevitable.

The reality is more than 40% of the people who use Heathrow are connecting passengers.  They are simply passing through, on their way to other destinations… and could easily go via other, more competitive hubs.

Hiking charges will not help.

It will not attract demand.

It will have the opposite effect if the rise in landing charges goes ahead….

Right now, aviation is trying to emerge from its worst crisis ever.

UK operators need to be able to compete.

Higher taxes and higher costs will undermine their ability to support Global Britain.

What we need, instead, is a cost-efficient Heathrow…one that would benefit travellers, benefit businesses, and benefit the UK economy.

Mr Gallego is out of touch. No way is British Airways going to move out of Heathrow. This idea is as daft as the Willie Walsh one that people flying to and from South America would want to go via Madrid.