In a momentous announcement on 17 July 2006, at the Farnborough Airshow, Viking Air Ltd unveiled its intention to offer a new de Havilland Canada Twin Otter, a 21st century version of the ubiquitous twin-engined 19-passenger turboprop.  Aircraft production had been halted many times in the past with various planes and all sorts of reasons, but never for 18 years!  The last DHC-6 Twin Otter had been produced in 1988. 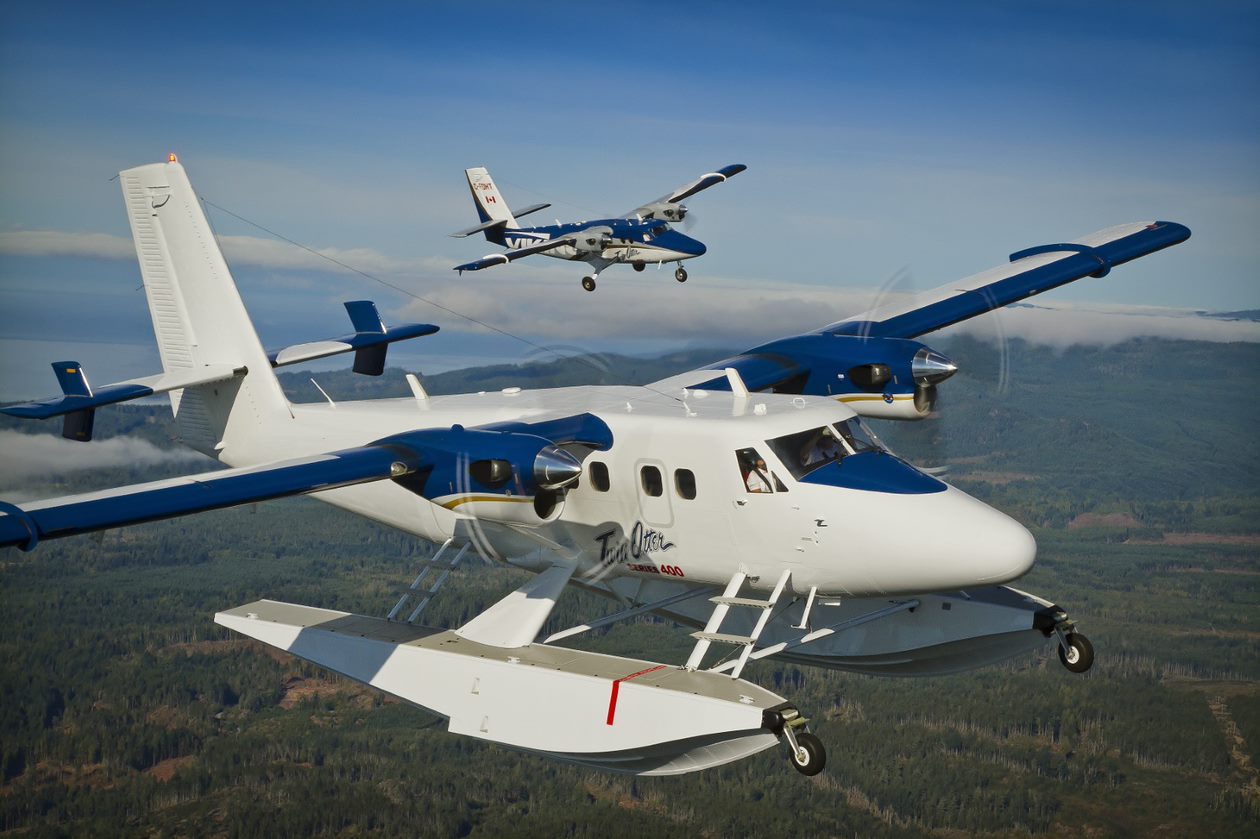 Malcolm Ginsberg continues with the story of an aircraft that first flew in 1965 and is still in production today.  (For Part One see BTN 21 September 2020.)

It had been hoped by now that delivery would have been made of Twin Otter number one thousand.  The pandemic has caused the line to be suspended.  But its time will come.

The first flight of the Series 400 technical demonstrator took place on 1 October 2008 at Victoria International Airport, the aircraft set up as a multi-function development machine complete with amphibious floats.

The digital flight deck and uprated engines were the clear differences from the legacy aircraft but weight reduction played an important part too, with the use of composites for non-loadbearing structures such as doors, forward baggage hold and remodelled seats.

Viking was established in 1970 by Norwegian-born Canadian aviation pioneer, the late Nils Christensen. In 1983, Christensen acquired the exclusive rights from de Havilland Canada to manufacture spare parts for the DHC-2 Beaver and the DHC-3 Otter aircraft and in 2005 the parts and service business for all the legacy de Havilland Canada aircraft.

The Bombardier Dash 8 programme and de Havilland Canada brand was purchased in November 2018, by Viking’s parent Longview Aviation Capital with Dash 8-400 production continuing.  The last Dash 8-400 from the original Downsview production line is due to be completed this year.  (See BTN 19 February 2021.)

The resurrection of the Twin Otter was no surprise.  Around 470 legacy Twin Otters were still active.  Over a 23-year period 844 had been built at the plant in Downsview, Toronto, Ontario, home of de Havilland Canada since 1928.

At the Paris Air Show, June 2009, and in response to enquiries from foreign military and government agencies, Viking released preliminary data of the Guardian 400, a medium range maritime patrol, Search and Rescue (SAR) and critical infrastructure surveillance and security platform, based on the Twin Otter Series 400 aircraft.  It now accounts for 25% of production.

Another popular use for the Twin Otter has been for parachute training with the United States Air Force Academy operating three legacy aircraft, now joined by The US Army Parachute Team, nicknamed the Golden Knights, with three Series 400.  In both cases the Americans designate the aircraft the UV-18.  In the United States there are numerous sky diving teams using Twin Otters some of them coping with up to 22 parachutists.

The second Viking produced aircraft, MSN 846, was delivered to Air Seychelles, who operate the aircraft as a domestic commercial carrier from the company’s base in Mahé to the outlying islands of the Seychelles archipelago in the Indian Ocean. At the time Air Seychelles also operated three legacy aircraft. 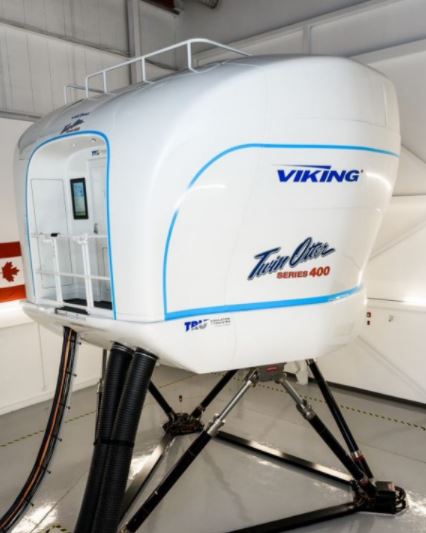 The first float-equipped Series 400 Twin Otter, MSN 848, was delivered to launch customer Trans Maldivian Airways (TMA). It joined over 40 other legacy Twin Otters currently in operation in the region, and was the first float plane in the country to be outfitted with modern safety features considered ‘new’ to the Maldives, all of which are standard equipment on the Series 400 Twin Otter.  From the unique seaplane terminal at Malé International Airport it is a short walk from the ‘real’ airport to the busy floatplane terminal where no shoes are required as you relax with a brew in the tiny lounge.

Farnborough has always proved to be a popular gathering place for Viking and its customers around the world.  A chance for formal and informal discussion around the show, and also at some of the delightful spots off the campus.

For the 2016 event, now in July rather than the sometimes wet and windy September, the company disclosed that the 100th production Series 400 Twin Otter, serial number 944 had flown in advance of delivery to Viking’s sister company Pacific Sky Aviation Inc.  With this aircraft Viking has recorded deliveries to 34 distinctive customers. 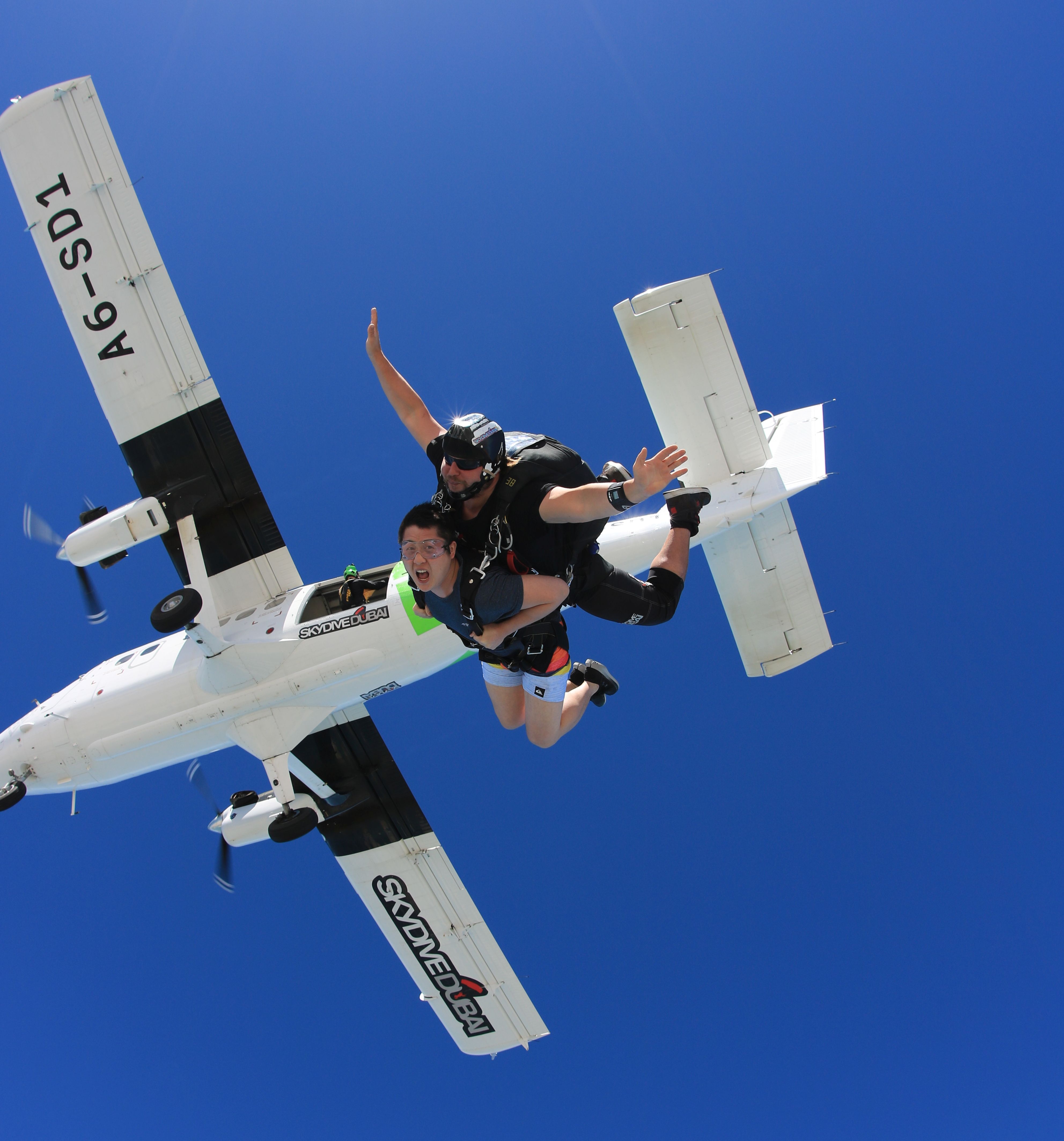 As a private company Viking does not list deliveries.  I can only note significant orders and deliveries.

However, it can be said that Russia, with 21 since 2010 is the biggest customer, Peru next with 14, Canada 11, and the UAE 10.  Publicised was a recent sale to Argentina’s Federal Police for a single aircraft.

Another significant date for Viking was 2 January 2018 when the company was able to announce the certification of the world’s first Twin Otter Level D Flight Simulator by Transport Canada through sister company Pacific Sky Aviation.  The machine replicates its cockpit, avionics systems and flight behaviour, validating the device as a true digital simulation of the flight characteristics of a real aircraft.

As with all aircraft manufacturers 2020 has been a traumatic year for Viking, but the Twin Otter, legacy and Series 400, continue to fly all around the globe, mainly essential operations but typically in the Indian and Pacific oceans where the tourist havens still need supporting.

The last decade has been a momentous one for the Twin Otter, according to Tom Appleton, a one time de Havilland Canada development pilot, and a former chairman of Canada’s Aviation Hall of Fame. He demonstrated the Twin Otter Series 300 to Brymon Airways and Loganair after the Farnborough airshow in 1970, the latter airline currently operating the Series 400 on behalf of the Scottish government. The success and good reputation of the little turboprop also helped generate sales of both the Dash 7 and Dash 8-400 within the UK market.

According to Appleton: “Viking has done a great job in sustaining interest in the Twin Otter over the years, with many new operators coming online. The singular benefits of STOL performance, rugged construction and a wide variety of optimum configurations still suit the needs of many civil and military operators around the world. The Viking Twin Otter undoubtedly has many years of production in its future.”

The Viking DHC-6 Series 400 is going to be with us for a long time into the future.  Hopefully number one thousand is not that far away.

This article was created from a more detailed piece in Aviation News November 2020 – Part 1 is in the previous month.

Interesting piece! Number 1,000 is actually getting quite close: production list at https://www.twinotterworldnews.com/viking-series-400-production-1 shows them up to no.991. Incidentally, 964, 973 and 980 all passed through Europe on delivery late last year to the Royal Thai Police.