The de Havilland Canada Twin Otter DHC-6 has many claims to fame but one fact stands out.  It has been in production longer than any other commercial aircraft in the history of aviation, having first flown on 20 May 1965, and with a break, still with us as the Viking DHC-6 Twin Otter Series 400 writes Malcolm Ginsberg. 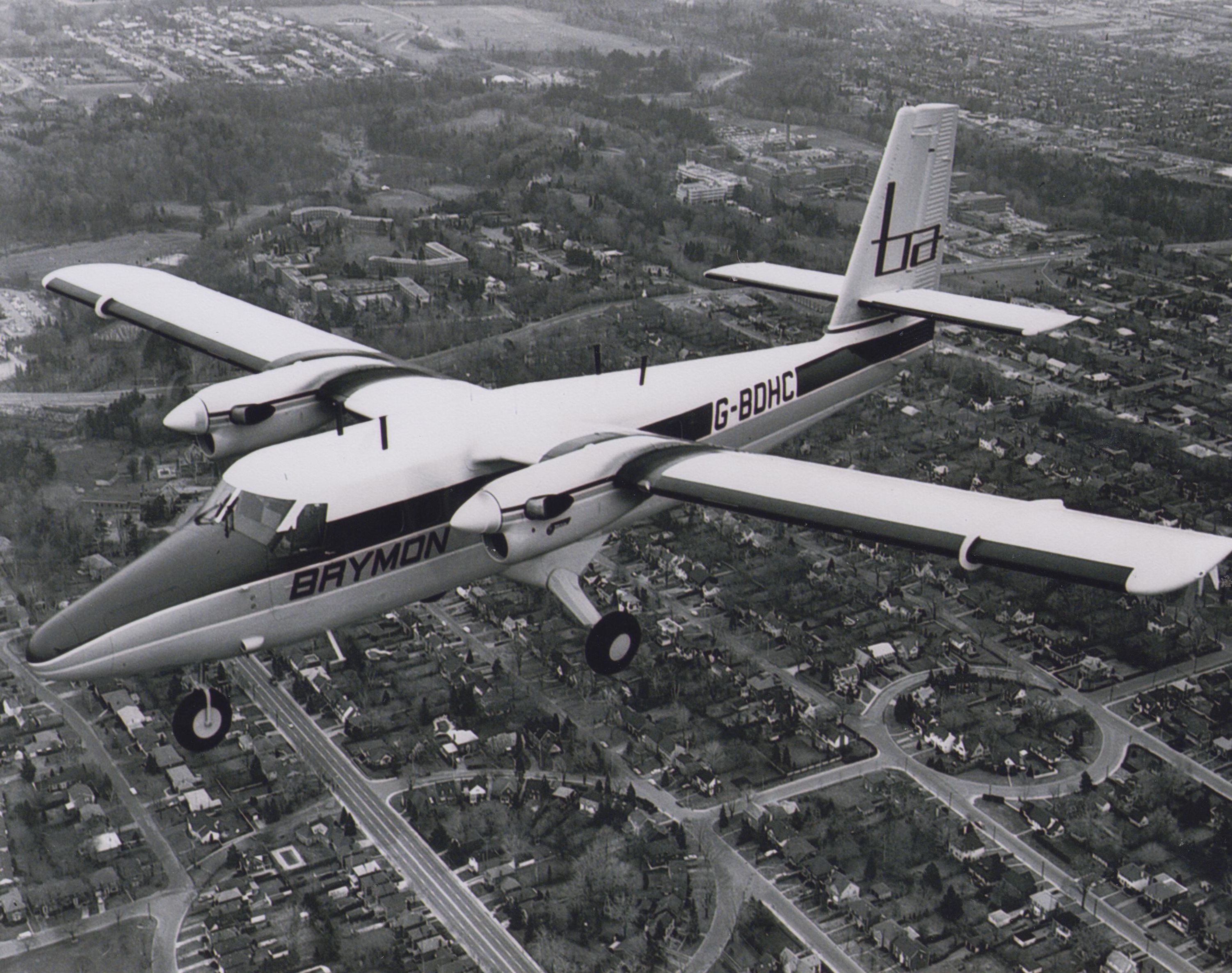 This is the first of two features on an aircraft that is rapidly approaching the magic 1,000 build mark in grand total.  Part One is its history up to 1988 and the production of 844 legacy Twin Otters at Downsview, Toronto, Ontario, the headquarters of de Havilland Canada, with around 470 still working.  The October edition of Aviation News takes us through its history in much more detail than this review.

Part Two is the chronicle of its resurrection in 2010 as the Viking Series 400.  More than 150 have been delivered to date, these assembled in Calgary, Alberta, and at Victoria, British Columbia.

As a twin-engine replacement for the single-engine DHC-3 Otter it incorporated DHC's huge experience of STOL (short take-off and landing) qualities, its design features including double-slotted trailing-edge flaps and ailerons that work in unison with the flaps to boost runway performance. The availability of the then new Pratt & Whitney Canada PT6A-20 turboprop, also in developed form, still with us. 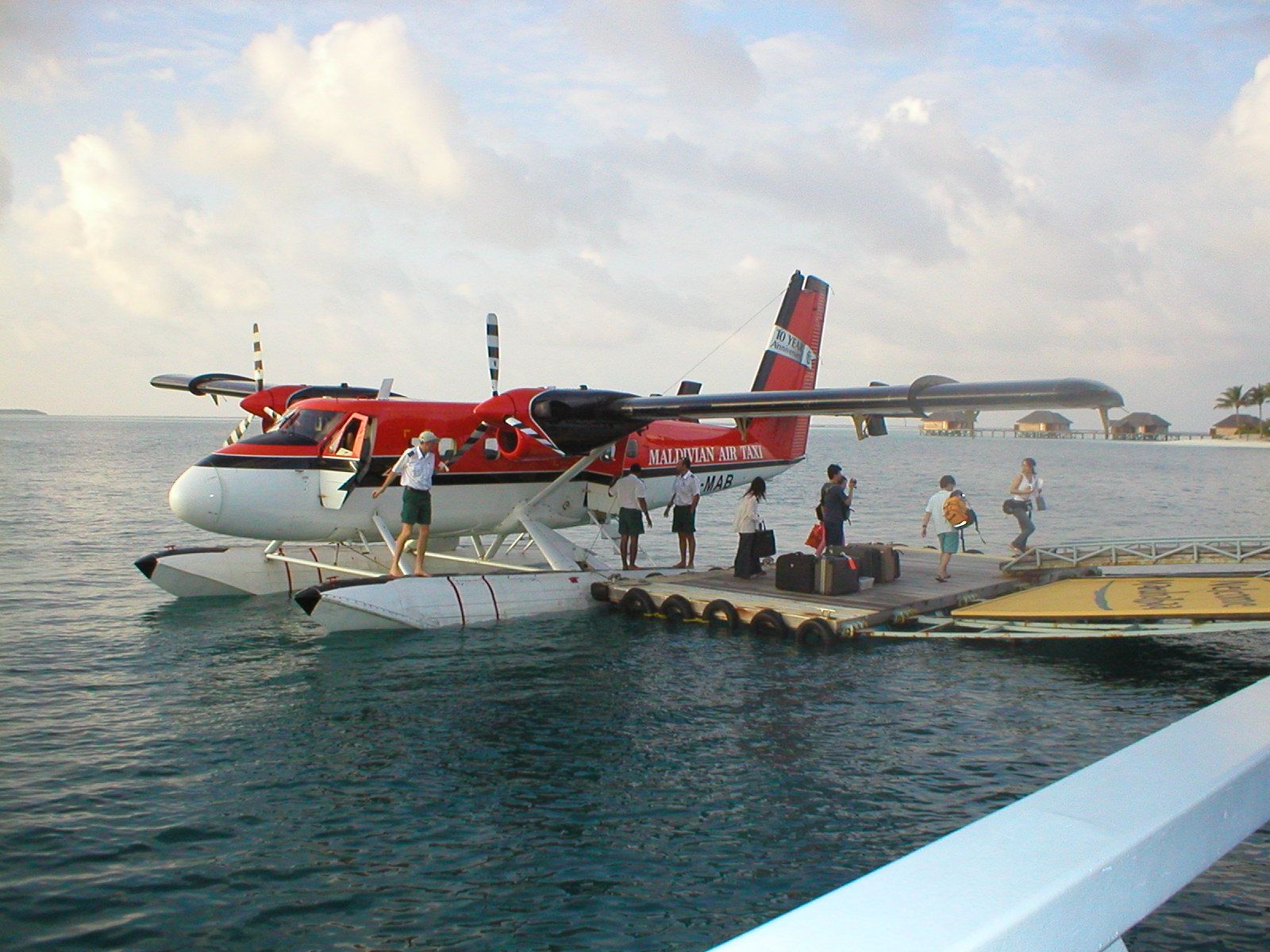 Twin Otters could be delivered directly from the factory with floats, skis, or tricycle landing gear fittings, making them adaptable bush planes for remote and northern areas.  Areas including Canada and the United States, (specifically Alaska) had much of the demand. Many Twin Otters still serve in the far north, but they can also be found in Africa, Antarctica, Asia, Australia, and other frontier regions where bush planes are the optimum means of travel. Their versatility and manoeuvrability have made them popular in areas with difficult flying environments such as in earlier times Afghanistan and to this day Papua New Guinea. Nepal is another home for the Twin Otter.

Without the Twin Otter many of the hotels created in the Maldives would have struggled or not even existed. Landing at Male (MLE) International Airport it is just a short walk to the seaplane base, from where the Twin Otter air taxi will deliver you to your 5-star luxury holiday resort.

Twin Otter floatplanes are seen all around the world at resorts highlighted by a demonstration flight into London’s Royal Docks during World Travel Market November 2006 to promote the Greek islands use of the aircraft.  It was a pure show stopper.

In the United Kingdom the Civil Aviation Authority certificated the Twin Otter (type 300-100) for Brymon Airways to use from its then grass strip at Plymouth to Jersey, Guernsey, the Isles of Scilly and various French Channel airports.  Newquay Airport Cornwall was also in the schedule and it was possible to link up with the airline’s Heathrow service (initially a Dart Herald but later a Dash 7) to make a day return possible.  Thames Television “I Wish You Were Here” featured the service with Judith Chalmers as the presenter and the airline artfully using short cabin crew to cover up the inadequacies of the headroom.

Brymon operated up to 10 Twin Otters at one time, and unlike the BN Islander, which it also flew, passengers were not weighed before boarding.  Reservations were taken on a card with space for 20 people.  In pencil, if possible, so that cancellations could be rubbed out. A Brymon aircraft made a landing at Heathrow in this period, given special permission due to an emergency at RAF St Mawgan, now Cornwall Airport Newquay.  It is probably the smallest airline aircraft ever to go into LHR.

With the demise of Brymon, Isles of Scilly Skybus took over the operation and currently (pre Covic-19) operate four as 19 seaters from St Marys, Isles of Scilly, to Exeter, Land’s End (Penzance) and Cornwall Airport Newquay.

Loganair has flown a classic Twin Otter since 1994 curiously registered G-BVVK (build number 666) and in 2015 took delivery on behalf of the Scottish Government of two series 400 aircraft which are used for scheduled services and air ambulance work.

Undoubtedly the most popular of Twin Otter flight is the daily scheduled service between Glasgow (Scotland) and Barra Airport as noted. It also has operated the world’s shortest air route Westray to Papa Westray in the Orkney Islands to the far north west of Scotland.  Flights on the route are scheduled for one-and-a-half-minutes, and actual flying time is closer to one minute. The record for the fastest flight is 47 seconds.

Why the success of the de Havilland Canada DHC-6 over 55 years?

Its greatest virtue is its simplicity and lack of pressurisation, plus the availability of Pratt & Whitney PT6 engines and knowhow worldwide.  It is rough and tough and is (fairly) comfortable.

Malcolm Ginsberg is Editor-in-Chief of Business Travel News.  Other than de Havilland staff, or a pilot, he can lay claim to being one of the most experienced on the type having first flown from Newquay to the Isles of Scilly in 1977; from Plymouth to Gatwick around the same time sitting in the P2 position with Brymon operating single crew and an Exeter stopover included; Birmingham to Plymouth, a slow 200 miles, and floatplane operations into the Victoria Dock by ExCeL London, and around the Maldives.  Strangely enough the nearby Albert Dock, home of London City Airport, has never featured with floatplanes but that requires a UK-based aircraft and a suitable destination.

Twin Otter does not operate Westray/Papa Westray. This service is by Islander aircraft