ON TOUR: All change at Lotus

As it rapidly approaches its 75th anniversary (2023) it’s all change at Lotus Cars Ltd. 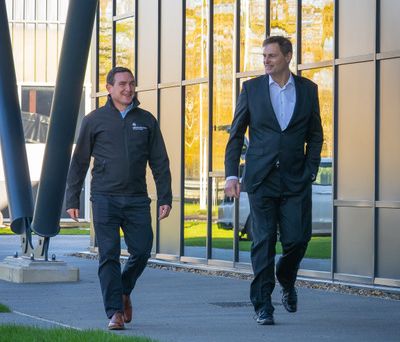 Taking leave of the company is Phil Popham, CEO since 2018, replaced by Matt Windle, formerly executive director, engineering, a man very much with Lotus in his blood having joined the company back in 1998 as a CAD designer.

The big news from Hethel, Norfolk, the company’s HQ since 1966, is the end of the line later this year for the Elise, Exige and Evora.  What promises to be really exciting is the Lotus 131 project.

The editor-in-chief has a special affinity to Lotus, having worked directly for Colin Chapman, who founded the marque in 1948 in a lock-up in Hornsey, north London.  To date there have been 104,000 Lotus built, and numerous spin offs including the current Caterham 7, arguably the DeLorean and in a convoluted way Tesla, for which Lotus did much of the praised initial development work and built the orginal Tesla Roadster.

Whilst we all recall with pleasure the original Elite, Elan, Europa and Plus 2, perhaps forgotten is the Lotus Cortina, which set the tone for sporty saloons.  Readers should be aware that although they looked the same there were two Cortina twin cam powered models, the original Cheshunt version (1963-1966 – 3,306 built), with aluminium panels and Lotus suspension amongst a whole host of tweaks over the standard car, and the Ford variant assembled at Dagenham using the same body as other Cortina models (1966-1970 – 4,093 produced).

Lotus has not built a Formula One car since the ill-fated 109 of 1994, but arguably it is still the most famous British Grand Prix car manufacturer of all time, its magic very much kept alive by Chapman’s son Clive, whose Classic Team Lotus, perpetuates the marque with its meticulously turned-out cars for F1 style events all over the world.  Seven times Lotus won the manufacturers championship.  It is a brand waiting to be seen on the Grand Prix grids.

Since 2017 Lotus has been majority owned by the Chinese multi-national Geely (51%) and Malaysian investor Etika Automotive (49%).  Last year 560 cars were sold in the UK out of 1387 units.  It has an enviable reputation for confidential advanced development work within the automotive industry typified by Tesla.  Geely also owns Volvo.

Just a few weeks ago it was announced that the current range of Lotus touring cars would be withdrawn during this year, replaced by the Evija hypercar and new Type 131 sports car.

The Elise (currently priced from £39,900), Exige (£79,900) and Evora (£82,900) have contributed greatly to the Lotus business over the years, and by the time the last of these models leaves the assembly line, they will have sold a combined circa 55,000 units. Lotus will be producing a series of enhanced cars over the next few months to celebrate the passing of the Elise and its derivatives.

Colin Chapman, had he been around, would certainly have led from the front when it comes to electric powered cars.  Innovation was (and is) the name of the game at Lotus and the Evija has all the ingredients to lead.

Whilst sad to see the current range of production range come to an end exciting to hear about the next generation of cars Fingers crossed it is enough for Lotus to thrive well into the future.

Colin Chapman was aware of the Hypercar market in 1970 following the reaction to the GKN/Lotus 47D at Earls Court but chose not to pursue this option. Development of electric powered vehicles was aborted by the Lucas Group in the mid 70\'s until affordable storage modules were available. Then there's his design philosophy. I must therefore question whether Colin Chapman would have been in the position stated by Lotus?