With the end of the Elise (and its derivatives) Exige production in sight (and road test cars in short supply due to the pandemic) we have turned to an article from Air & Business Travel News (ABTN) October 2005 for this review and added some Exige images over the years.  For a detailed history of what he terms the greatest sports car of all time, by Jan Blom, please refer to the CLUB LOTUS magazine January 2021.  And if you don’t already know it was, in the keeping of all Lotus car names starting with “E”, named after the daughter of the then company owner Romano Artioli.  www.clublotus.co.uk 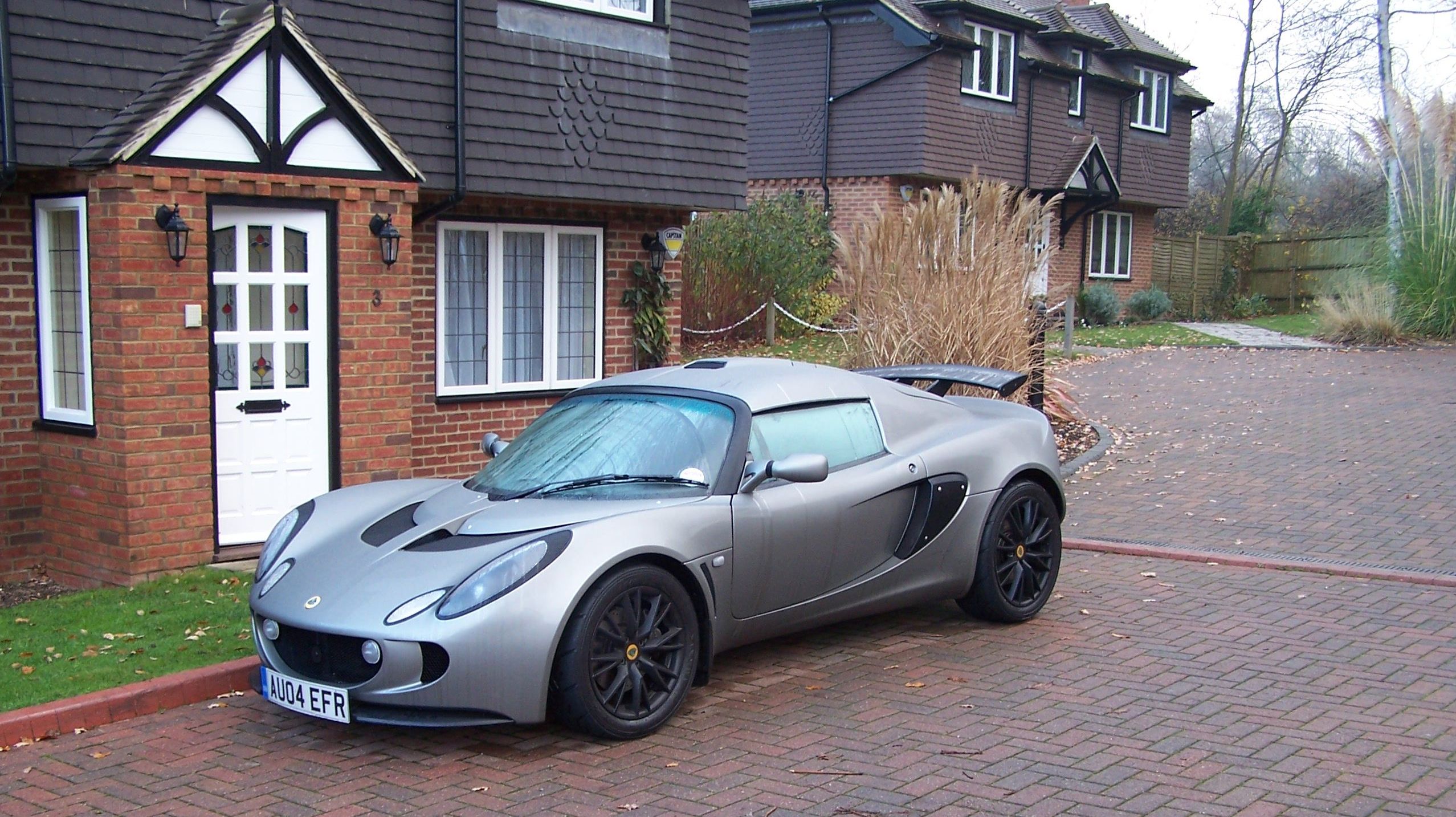 Fancy a car that can out-accelerate and out-corner anything on the road, including Ferrari, Porsche and Aston Martin.  Has air conditioning, electric windows and room for the golf clubs.  And can accommodate a reasonably trim girlfriend or wife.  With a price tag of less than £30,000.

Forty-five years ago North London aero engineer named Anthony Colin Bruce Chapman unveiled a lightweight sports coupe called the Lotus Elite.  With a bonded fibreglass body and 1.3 litre Coventry Climax engine it set standards of engineering that were difficult to surpass.  By modern comparisons it wasn’t very safe, crash protection not a high priority at the time, but you just did not have accidents in the Elite.  The Elite was noisy inside, handled (for its time) like a dream, and was not very reliable.  ACBC has passed on, but his legacy as Britain’s foremost car designer is still with us, his ideas of keeping it simple and light always the target at Lotus.

In 1995, Lotus produced its 50,000th car and also sadly pulled out of Formula 1 racing.  But the company bounced back and stunned the public and press alike with the launch of the unique Lotus Elise at the Frankfurt Motor Show.  Technically advanced and super-light, the Elise delivered 0-60mph in under 6 seconds at under £20,000.

For the 21st century Lotus has added a sophisticated coupe version of the soft top Elise, the Exige.  Like the Elite, a lightweight with the most superb of handling, it is still very noisy on the inside.  The really big difference is the manufacturing standards and the car’s safety.  Today’s Lotus cars are superbly engineered and assembled to the highest standards.  Unlike the original Elise, the Exige is tastefully finished off on the inside with all the trimmings.  Today’s customer wants something more than the basic Lotus 7 (still in production as the Caterham 7).  He wants fun.  He wants speed.  He wants reliability.  And he wants to keep dry.  The Exige fulfils that dream with a 0-60 time of 5 seconds and a top speed of 150mph.

The Exige looks like nothing else from the Lotus stable with its roof scoop, rear wing, deep front splitter and fast back roof.

Driving the Exige is an experience!  If you are big, or less nimble it is not the easiest of cars to get in and out of, but once sat in the taught cockpit everything fits neatly into place.  Take off from the traffic lights and you are going to be first and braking can be left very late into the roundabouts.  Motorway cruising is not one of its virtues and if Lotus want to do anything to make the Exige a real mini grand tourer something needs to be done to the interior noise levels.  This does not matter with the convertible Elise but Exige customers are a different breed.  You have to use wing mirrors too, the rear-view mirror virtually useless.  What is needed is a periscope to see over the protruding wing.

For the future Lotus still builds the GM/Opel/Vauxhall version in small numbers.  A new and larger Lotus series is planned based on a standard module.  The now Malaysian-owned company is one of the world’s leading automotive design agencies with half its £150m turnover quietly generated in the backrooms of Lotus Hethel (Norwich) factory.  But the skills and knowledge built up over 60 years abound.  Maybe the Geneva Motor Show will give an indication of Lotus thinking for the future?