WHO’S CRUISING AND WHEN?


Just 12 months ago, on Friday 26 February. I night-stopped on Virgin Voyages  brand-new Scarlett Lady at Dover. The hospitality was fine, the weather simply horrible and the ship best described as “interesting”.  Neither the hosts nor the guests knew it was to be amongst the last British ship boarding for 2020.  Midway across the Atlantic the Virgin flagship was to abandon her celebrity arrival in New York, sheepishly docking in Miami, and then with no fanfare at all, returning to Italy to join her not yet commissioned sister ship Valiant Lady. All rather sad.

The year had started out so well on the Danube, seeing in 2020 aboard AmaMaga, in my opinion the world’s finest river cruise ship.  And at the end of the month with my wife we joined SAGA Spirit of Discovery in Venice, surely destined to become a classic symbol of British ocean travel.  When we disembarked at Southampton 10 days later little did we know it was to be the end of cruising until we don’t know when, except for a short rendezvous with Edward Elgar on the Severn in August. (See BTN 7 September 2020)

We are members of the Ocean Liner Society whose regular talks, the third Tuesday of each month at Farringdon in London, attract an enthusiastic crowd, some just into ships, others there to enquire of the latest news from the cruise industry.  Its fine and newsy magazine “Sea Lines” is published quarterly, and the society organises ship visits and a yearly group cruise.

Since you can’t go cruising but still presumably have a longing to reminisce and perhaps plan for the future, the next talk is Tuesday 16 February when Luis Miguel Correia will be zooming in from Lisbon where he has been photographing and commentating on the shipping scene for 50 years.

On Tuesday 16 March the speaker is even further away (California) with Peter Knego describing what he calls ‘Torn Castle’ presenting his pilgrimages to see the former RMS Windsor Castle in Greece when she was laid up as the Margarita L; and then finally, in late 2005 to pay a final visit while she lay on the beach at Alang (India) in the process of demolition.  Peter will discuss the building and launch of the ship, her overall design features, her all-too-short career with Union-Castle Line and the process of obtaining items such as her maiden voyage logbook, furnishings and other treasures from the scrapyard.

The Cruise Lines International Association (CLIA) has published its industry outlook for 2021 including an introduction by Kelly Craighead, president and CEO.  It is a detailed 30-page document.

The equity partnership, which specializes in consumer, retail, and distribution investments, will acquire the Azamara brand, including Azamara Journey, Azamara Quest as well as Azamara and the associated intellectual property in an all-cash transaction valued at $201m.  It is expected to be completed in the first quarter of 2021.

In a separate deal Sycamore Partners announced plans to acquire a fourth former Renaissance R class ship Pacific Princess from Carnival Group. At this time no name has been announced.

"Our strategy has evolved into placing more of our resources behind three global brands, Royal Caribbean International, Celebrity Cruises, and Silversea, and working to grow them as we emerge from this unprecedented period," said Richard Fain, chairman and chief executive officer of Royal Caribbean Group. "Even so, Azamara remains a strong brand with its own tremendous potential for growth, and Sycamore's track record demonstrates that they will be good stewards of what the Azamara team has built over the past 13 years."

Guests and crew members are subject to antigen swab testing and other checks prior to boarding. Guests are tested a further time on board in addition to a daily contactless temperature check. Crew members have a Covid-19 test every seven days.  In order to guarantee proper social distancing, the capacity of the ship does not exceed 70%. The use of masks is mandatory in public areas (except for restaurants, bars and when sitting on the sun deck).

No British allowed, the two ships sailings only welcoming guests resident in Schengen countries plus Bulgaria, Croatia and Romania.


SAGA says it is going to sea with the brand-new Spirit of Discovery from Southampton 4 May and Fred Olsen will introduce Borealis from Liverpool 22 May.  No news from P&O/Cunard or TUI.

We do not know which of Southampton’s terminals SAGA plans to use but it could be a brand-new berth which owner Associated British Ports is ready to open.

The fifth dedicated cruise terminal at the port benefits from roof-mounted solar power and will also have Shore Power connectivity installed. This further commitment to sustainable operations at the port will enable cruise ships, with the right onboard technology, to ‘plug in’ while they are alongside.

This investment of more than £55m into the long-term future of cruise will strengthen the Port of Southampton’s position as Europe’s leading cruise turn-around port and the UK’s number one departure port.

Alastair Welch, Director of ABP Southampton, said: “We’re very pleased to announce this major advance in our cruise infrastructure at the port, delivering further access to Southampton for the industry, whilst supporting our commitment to accelerate improvements in local air quality.

“This investment is a huge vote of confidence in the future of cruise in Southampton and we’re excited to be at the forefront of a growing industry.”

For an update of who is cruising and when visit BTN’s The Cruise Lines on the Web. It is always up to date. 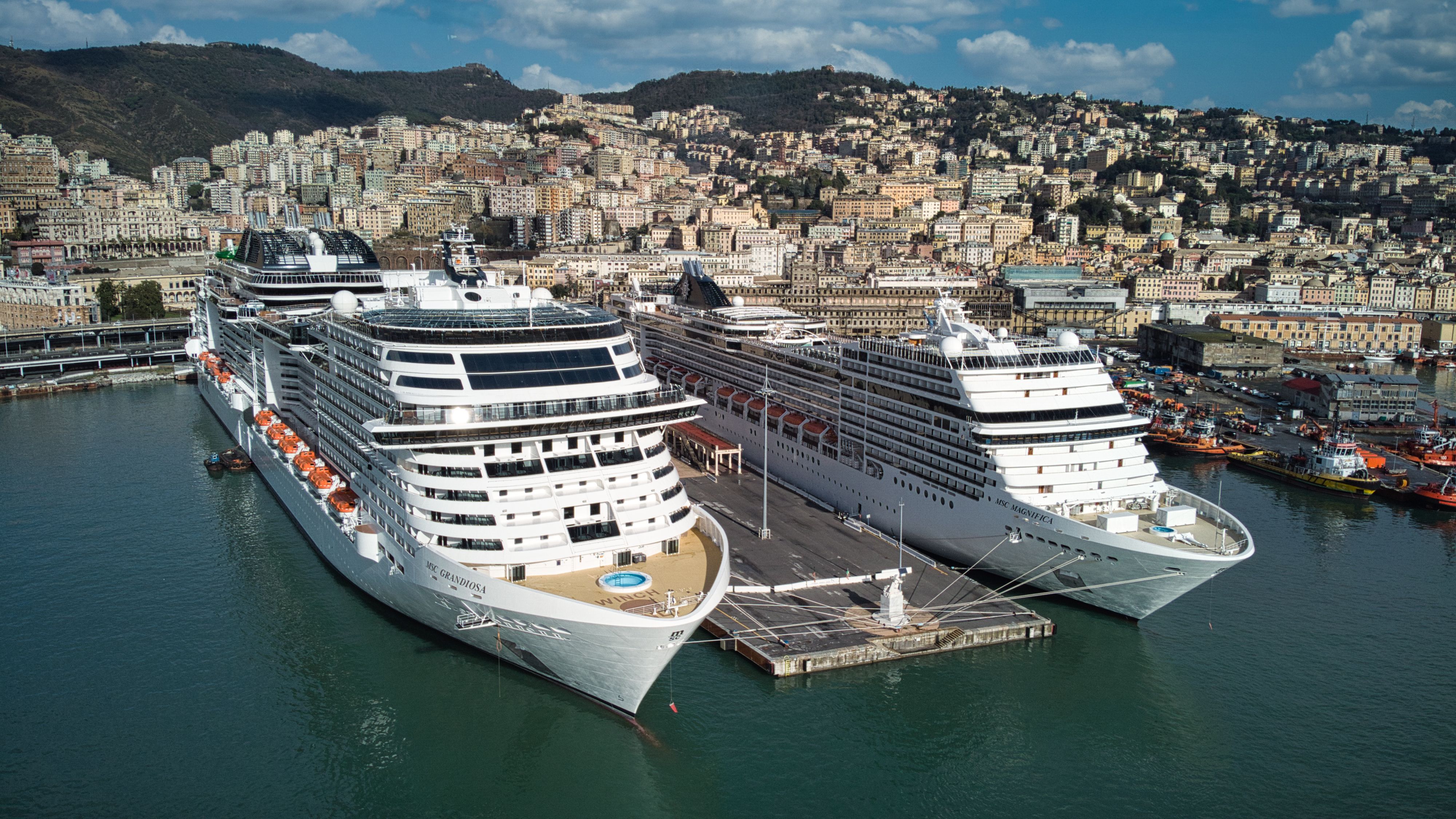