ON TOUR: Cruise the Severn Seas

Are you a frustrated cruiser sitting at home anxiously waiting for the next time you can board a ship? 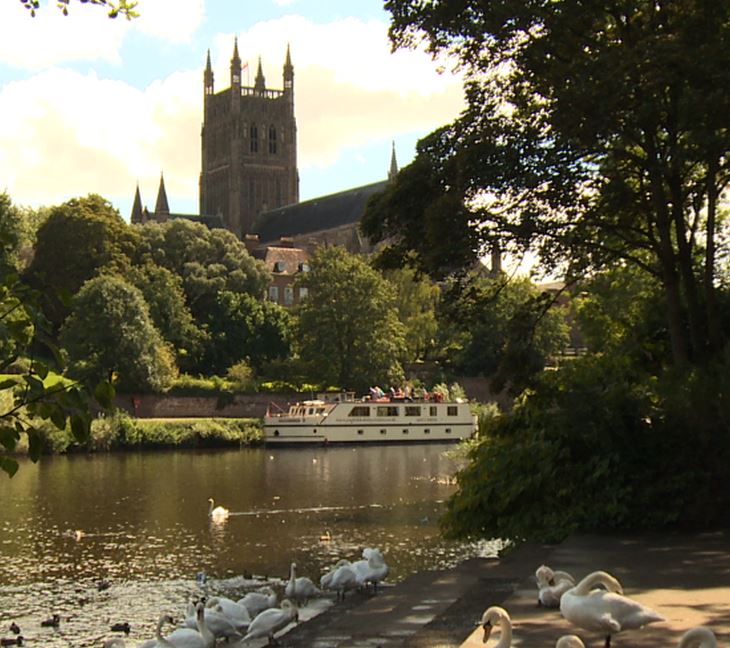 The Editor in Chief is/was!

My wife and I have been cruising for 50 years and an invitation by English Holiday Cruises for a trip on the Severn was not to be turned down.  In mid-August we took part in what must be the first permitted British cruise to set sail since the outbreak of the pandemic.

According to the Foreign Office any form of cruising by Brits into foreign waters is not recommended for the time being, even from UK ports.  Nobody is quite sure when it will all start up again.

The Edward Elgar is Britain’s largest river cruise hotel boat.  Based in Gloucester Port since it was built in 2000 it meanders north up the River Severn to Stourport, the highest navigational point on Britain’s longest waterway, and also south along the Gloucester and Sharpness Canal to the point where it joins the tidal estuary. 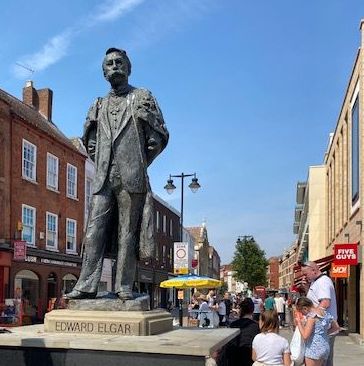 Taking a maximum of 22 passengers, and with a 4-star operation, the Edward Elgar is best labelled as petite.  It offers everything that the 150-client Danube river craft has, but smaller.  Even the cabins/staterooms are reduced, and described as cosy.  There is a combined shower/loo/wash hand basin wet-room unit with the latest spray systems, more than enough storage space, a three-pin electric point and twin USB outlets.  Individual reading lights too.  But here’s the catch – the two single beds are at right angles to each other in an ‘L’ shaped layout.  Make what you like of that!  Full air conditioning throughout the boat (and a Covid-19 compliant respirator for further caution) relying on its batteries only from 22:30 until 07:00.  No diesel noise at night.

The headline could read “Cruise one-way in the UK”?  And the explanation is very simple.  Due to Covid-19 Edward Elgar has had to adapt to new legislation and a one-way system on board.

A pre-arrival call to make sure all was OK from a health point of view and boarding temperature check started off a fine four-night trip. There are also all sorts of adjustments that have had to be carried out (no library, guide books nor leaflet store for instance – and face masks on for internal public areas – dining is in a bubble for two).  Sanitisation everywhere and cabin cleaning ‘on demand’. 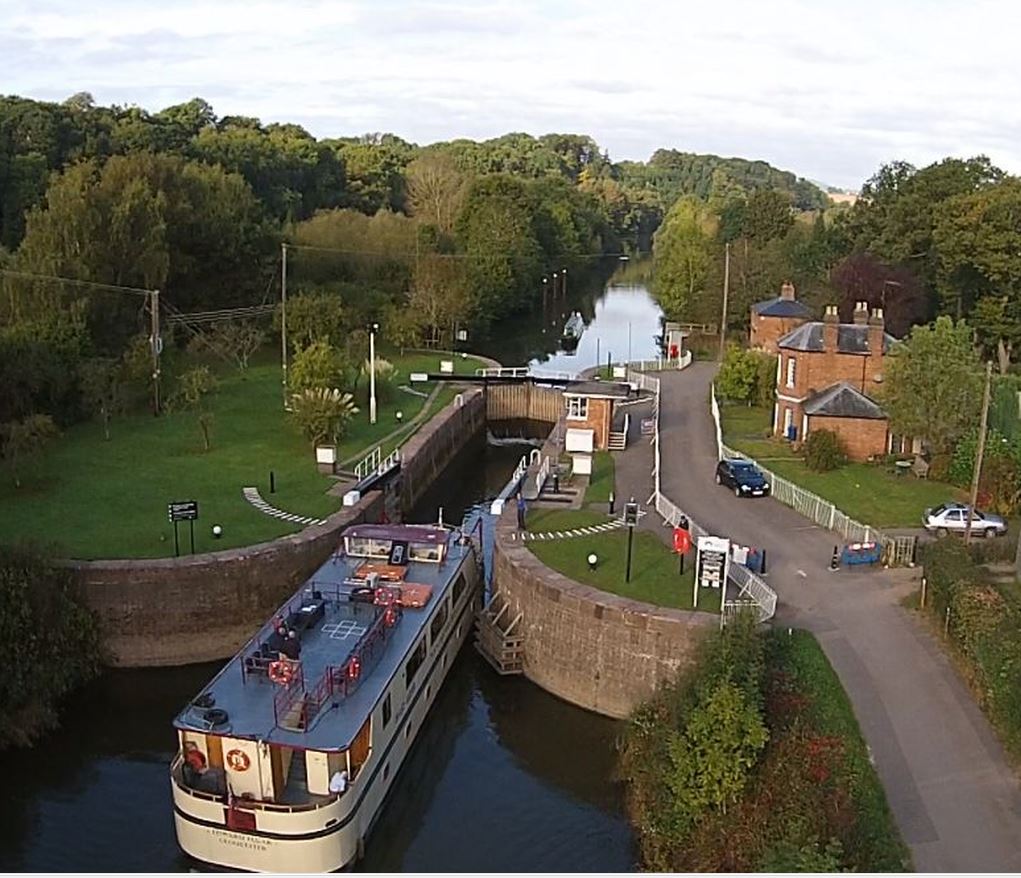 Managing Director Richard Clements and his ultra-friendly team are still tailoring the trip to the new requirements.  Evening talks yes, but no musicians/entertainment.  Innovation is the name of the game and deck quoits became bean-bag chucking.  None were lost overboard!

It is a fully inclusive trip, three meals daily including wine for lunch and dinner, but some of the off-ship activities have been negated, replaced by others.

The open top deck provides for fine viewing of the riverside and one does not have to wear face masks.  The hub of activities is the saloon and dining area with forward the stairs down to the cabins, returning from the other end of the corridor.  Perfect and compliant.  Up front, internally, is a bar and social area.

From the salon it is a few steps to the bridge where Captain Steve (ex-Royal Navy) would always make us welcome.  He gave a running commentary whether it be the view or the abundant wildlife.  He hosted the cocktail evening, with anecdotes regarding the river, and his 20 years on submarines. 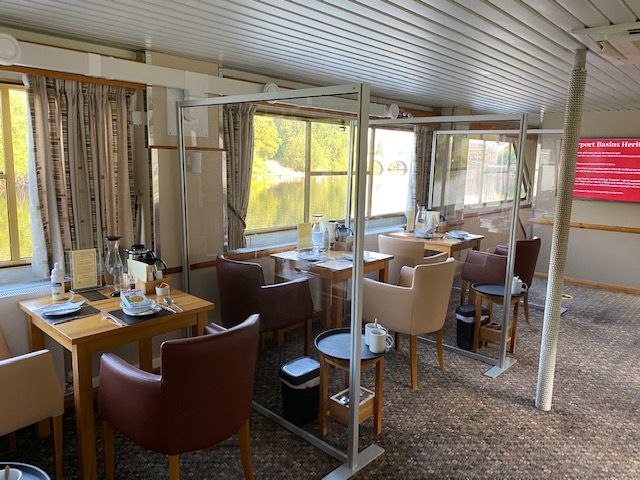 There is no TV on board, but you get free wi-fi and BBC iPlayer works.   A 56-inch plasma screen in the saloon provides a bow view when on the move, and a running schedule of activities.

The off-ship’s tours were excellent.  Historic Gloucester itself and its rejuvenated port area, Tewksbury and the Abbey Church, Worcester and its cathedral, the last resting place of King John, he of the Maga Carta.  With the Severn Valley Steam Railway in hibernation, the burnt-out shell of the massive, and still magnificent, Witley Hall and Gardens proved to be a popular alternative.

Edward Elgar turned (and night-stopped) at Stourport, the start of the Staffordshire and Worcestershire Canal, linking the Severn to the Birmingham waterways.  It was once Britain’s largest inland port and today with its four huge mooring basins the home for 200 narrowboats.  A local guide joined us for a short walking tour of the historical Georgian complex.  As a commercial complex its life was short, starting from 1768 but with the coming of the railways by 1850 the age of canals as industrial waterways was reaching its end.  It was also the site of Sarson’s vinegar factory. 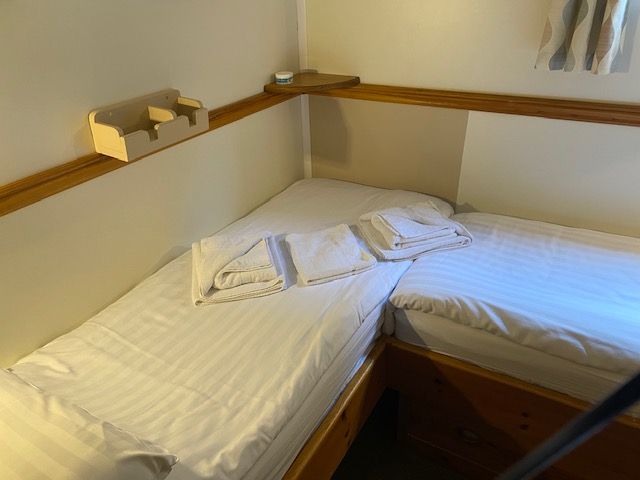 The season for English Holiday Cruises normally runs from April until October but could be extended this year.  Per person a two-night weekend trip at the end of October along the Gloucester and Sharpness Canal is £315, whilst the “Seven Wonders of the Severn” is £1,708 including dinner, bed and breakfast at the Mercure Bowen Hall, six nights on Edward Elgar, and a chance to further explore Gloucester and nearby Cheltenham.

A similar article to this appeared on The Sun’s Travel Pages Saturday 28 August
https://www.thesun.co.uk/travel/12529485/cruise-the-english-countryside 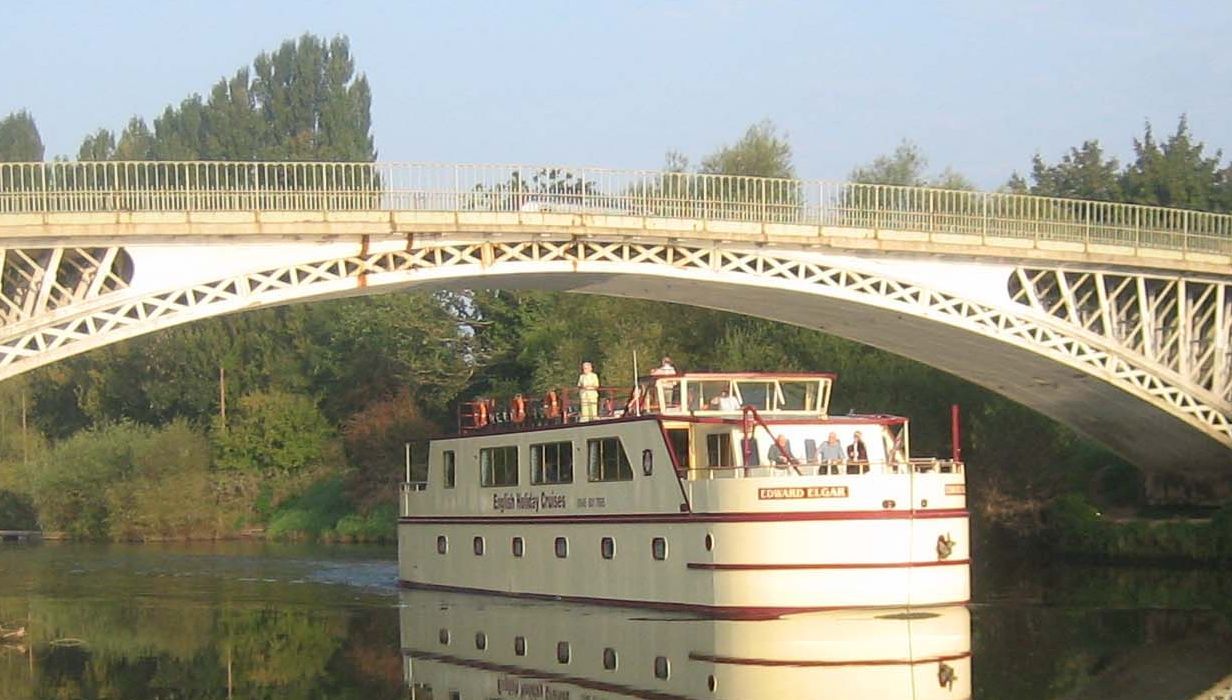