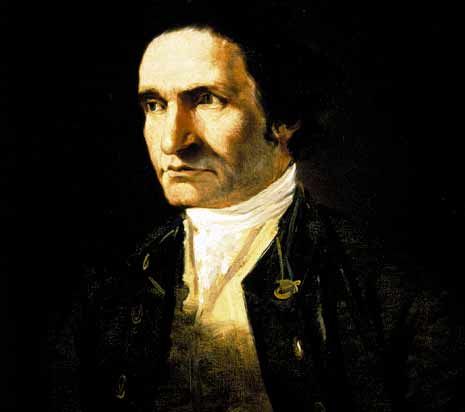 Already 15 miles north of York our next destination was the Moors National Park Centre.  It was 30 miles to the north, one hour’s motoring, mainly on the A169, through Kirkbymoorside, and on to a splendid undulating single carriageway drive on a fine moorland road, the occasional car park available for taking in the stupendous views across the escarpment.  Not recommended when the mist comes in, nor in snowy times.  If you want to stop we passed The Lion pub about halfway.

The Centre is near the village of Danby.  It is a little bit off the beaten track with a paying car park dealt with at the reception, not pay and display.  A camera watches the number plates!  There is a café and outdoor children’s area and a fine free museum telling the history of the moors.  Artists’ exhibitions are mounted on a regular basis.  The River Esk winds its way through the grounds. 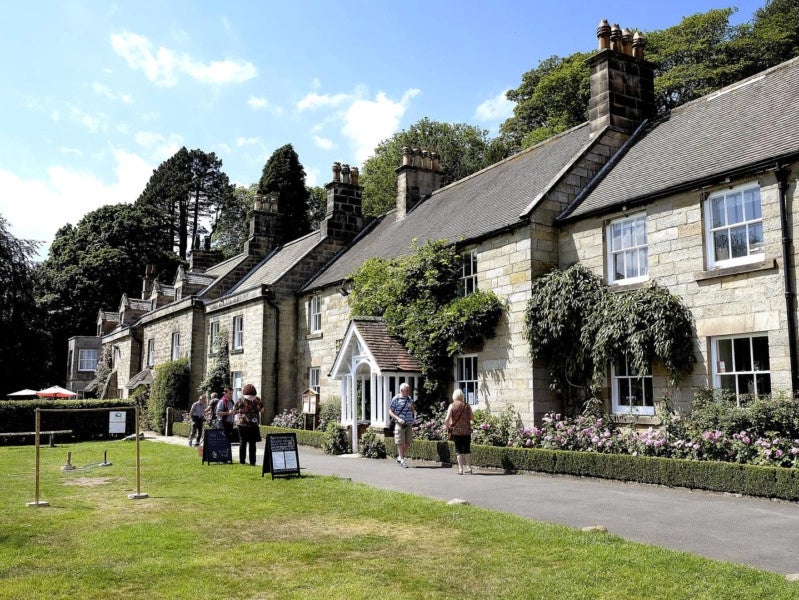 The National Park itself covers an area of 554sq miles and stretches to the sea at Whitby.  It is both historic, forged by nature and industrial evolution over generations, and very modern, the home of the RAF’s Flyingdales early warning radar station.

Next it was to Whitby itself, about 15 miles away, and the car park problems expected not happening.  This was mid-August with the pandemic rules, the centre of a busy holiday area.  The end of line train station is the terminal for the historic North Yorkshire Steam Railway, across the moors from Pickering and also the very pretty Esk Valley Line with connections to Darlington and the London North Eastern Railway (LNER).

The fishing port of Whitby emerged during the Middle Ages, supporting important herring and whaling fleets, and was where the explorer Captain James Cook and many others learned seamanship. Tourism started during the Georgian period and developed with the arrival of the railway in 1839. Its attraction is enhanced by the proximity of the high ground of the North York Moors national park and the heritage coastline. 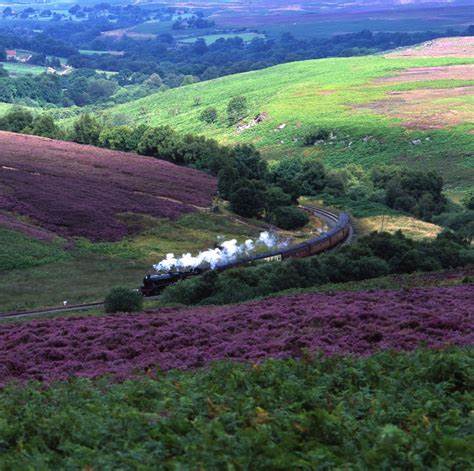 Whitby must be one of the smallest towns in the country to have an open-top tour bus which climbed its way up the narrow, winding streets to the impressive ruins of one of Whitby’s most famous attractions – Whitby Abbey with a new visitor facility. From it one can enjoy the magnificent seascape views.  It passed by the Whitby Pavilion with its variety of programmes.

The town’s links with Dracula are of interest, author Bram Stoker taking a holiday in the resort at the end of 1890.  While staying in in the town, Stoker would have heard of the shipwreck five years earlier of a Russian vessel called the Dmitry, from Narva. This ran aground on Tate Hill Sands below East Cliff, carrying a cargo of silver sand. With a slightly rearranged name, this became the Demeter from Varna that carries Dracula to Whitby with a cargo of silver sand and boxes of earth.

So, although Stoker was to spend six more years on his novel before it was published, researching the landscapes and customs of Transylvania, the name of his villain and some of the novel’s most dramatic scenes were inspired by his holiday in Whitby. The innocent tourists, the picturesque harbour, the abbey ruins, the windswept churchyard and the salty tales he heard from Whitby seafarers all became ingredients in the novel.  It is a fine international sales pitch for the town. 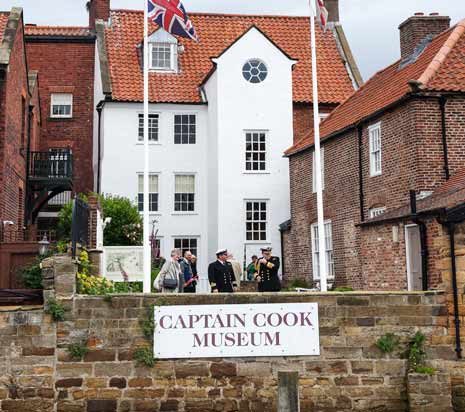 We of course luncheoned on the local delicacy, courtesy of HM Treasury Covid-19 special discount ‘Eat Out to Help Out’ choosing Mister Chips, in Church Street, opposite the Captain Cook Memorial Museum.  Fresh fried fish in a legally full restaurant, just by the waterside on a lovely summer’s day.

The Captain Cook Memorial Museum is a Grade I listed building first opened to the public in 1987, tracing its history from the time of the original owners, the Quaker Walker family and its close association with James Cook, navigator extraordinary.

The property, full of antiquities, tells his amazing story – born in Marton-in-Cleveland, Yorkshire, in 1728, apprenticed at Whitby, and his nearly ten years of sailing up and down the eastern coast of England in the small cargo sailing ships of the day.  It was marvellous training for a man who was to make his mark in mapping Newfoundland during the Seven Years War (1756-63) and then in command of Endeavour circumnavigating the world from 1768, discovering Sydney’s Botany Bay and charting New Zealand.

His second world voyage took him deep south into Antarctica and also the Mid-Pacific Islands, whilst his final and fatal trip went as far north as the Bering Straight and finally to Hawaii, where he met his end when attacked by a group of natives in a skirmish.  To this day the Union Flag is part of the official ensign of the US State of Hawaii.

Not only was Cook an extraordinary navigator but he took care of his men and trained them.  William Bligh, his captain on the last voyage, clearly used the skills taught by Cook when he navigated an open boat across 4000 miles of sea after the infamous Bounty mutiny.

When you stroll around this 17th century house, you are walking in the footsteps of the young Cook.  The broad floorboards in the first floor Blue Room are the original ones.  The door is curved to fit the turn of the panelling.  This was after all a town full of skilled shipwrights and carpenters!

Going up the stairs, the carved pilasters are skilfully positioned on half-landings to break the ascent.  Much of the structure is original.

The final climb is to the attic, with its high beams, some re-used from old ships.  Everywhere, carefully laid out, are artefacts from a bygone age. 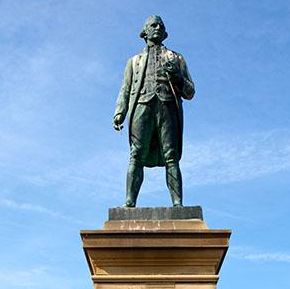 Captain Cook was recognised worldwide, even in his own time, as an icon, his ships offered the grace of passage during the American Revolutionary wars.  George III lamented at his passing.  Cook married Elizabeth Bates who went on to outlive him by 56 years.  Three of their children passed away young, two died in navy accidents, and one of a fever when at Cambridge.

Moored across the Esk is the Endeavour Experience, an opportunity for a 21st century feel of a 1750’s Royal Navy survey ship.  A full-size (semi) replica of HM Bark Endeavour has proved a popular permanent offering at Whitby since 2018 with various attractions on board.  There is dining too.

Please note the above was written in late November 2020.  The visit to Whitby was under Covid-19 rules which are likely to change.  Visit the various websites before setting out. 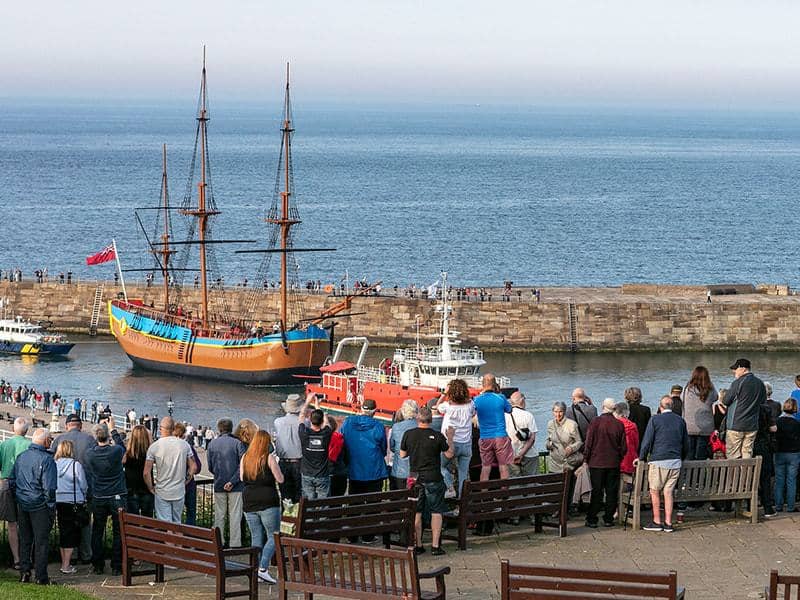 There has been a correction to this article. Captain Bligh was a supreme navigator and with 18 men in a small boat covered nearly 4000 miles the South Pacific after a mutiny. He did not look like Charles Laughton, nor Trevor Howard, or Anthony Hopkins. He died a Vice Admiral.

Enjoyed the article Malcolm. However, I think that Bligh travelled rather more than 200 miles after the mutiny.