More choice and lower fares for passengers were promised by Virgin Atlantic last week as it solidified plans first floated this summer (BTN 24 June and today's COMMENT) to transform competition at an expanded Heathrow. 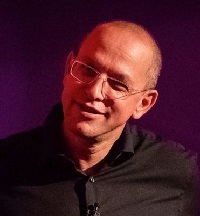 Releasing details of a planned long-haul and new short-haul route network, the airline called for an end to the International Airlines Group’s (IAG) “stranglehold” over the UK’s only hub airport

Future Virgin Atlantic route maps show an intention to serve up to 84 new destinations in the UK, Europe and worldwide when Heathrow’s third runway is complete, a fourfold increase on its 19 long-haul destinations from Heathrow in 2020.

Of the 84 new destinations, 12 are domestic, including Belfast, Glasgow and Manchester; 37 are European, including Barcelona, Dublin and Madrid, and 35 are global, including  Buenos Aires, Jakarta and Kunming.

Virgin CEO Shai Weiss said: “Never has the need for effective competition and choice at Heathrow been more evident than during this summer of disruption, which has brought misery for tens of thousands of travellers.”

Virgin’s move comes at a busy time for the airline following the entry into service of its new Airbus A350-1000 (BTN last week) and launch of a daily Airbus A330-300 service from Heathrow to Tel Aviv from this Wednesday, 25 September (BTN 11 February).