AND FINALLY: Striking the right chord

Paul Griffiths is clearly well tuned in, and not just to air transport. See ON TOUR and Dubai and mega-airports.

He is a vice-president of the Royal College of Organists.

Griffiths has combined a business career with active participation in music and has appeared in solo recitals and orchestral performances throughout the world.

He was organ and harpsichord accompanist for the Surrey-based Waverley Singers and Organist to the Cathedral Singers at Guildford Cathedral and continues to participate in concerts and recitals both in Dubai and abroad, with appearances in 2017 at St Paul's Cathedral, the Temple Church and Westminster Abbey in London.

He has given organ recitals at St Paul's Cathedral, Westminster Abbey and St John's, Smith Square in London as well at the English cathedrals of Ely, Wells, Bristol & Peterborough. Griffiths was featured as a soloist in the St Albans International Organ Festival and has appeared at Birmingham Symphony hall as soloist in Poulenc's Organ Concerto.

His wife, Joanna Marsh, was Organ Scholar at Sidney Sussex College, Cambridge, and is a composer of choral and orchestral works. They commissioned the French organ builder Bernard Aubertin to install a three-manual, 30-stop pipe organ in their home in East Sussex; it is the largest classical pipe organ in a private home in the UK. 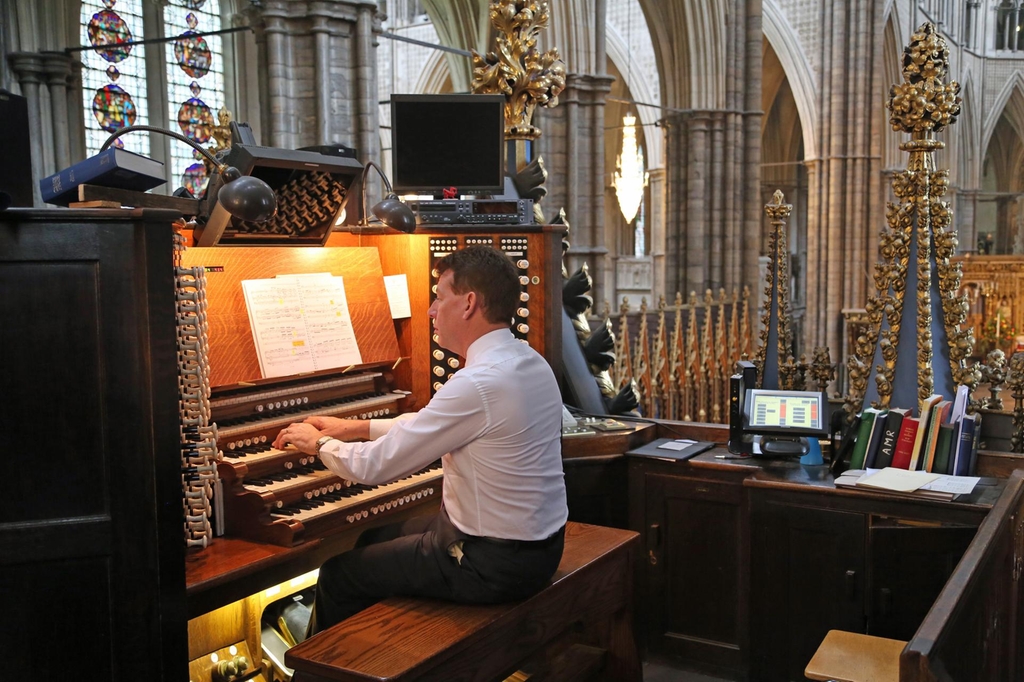