The last lap of a recent long weekend sojourn in what is technically West Sussex saw a visit to Arundel Castle, the historical home of the Duke of Norfolk, writes editor-in-chief Malcolm Ginsberg. 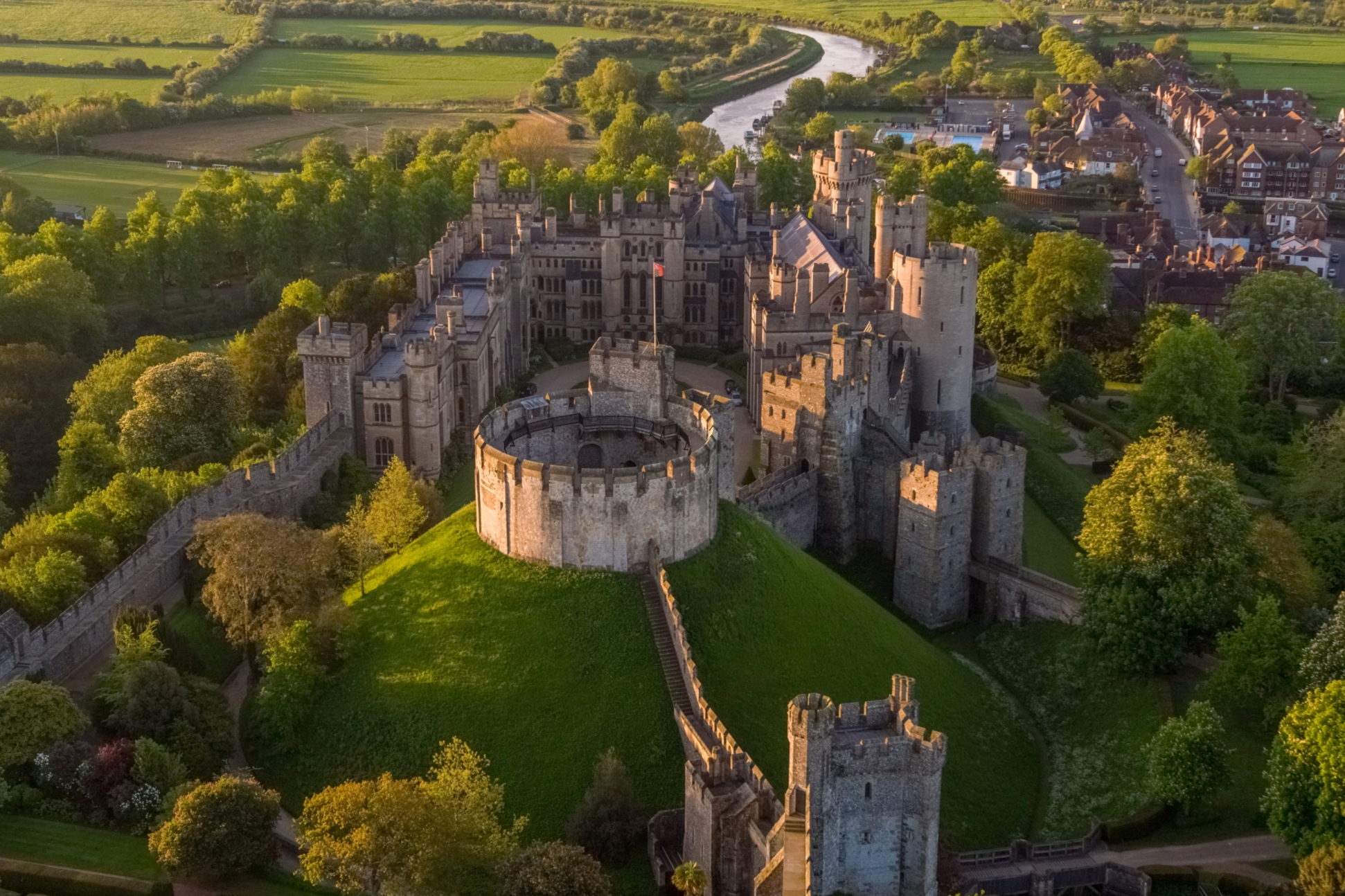 Our base for the tour was the Warner holiday resort on Hayling Island, a review of which is planned.

Arundel Castle, one of the great houses of England, is 60 miles on good roads from Heathrow, 40 miles from Gatwick and about the same distance from Southampton. By train, it is around 1hr 25min from either Victoria or London Bridge stations. If you are looking for something to do while waiting for a connecting flight, it might be ideal.

Just to confuse the Americans, Arundel Castle is the ancestral home of the Duke of Norfolk and has been in the ownership of the Howard family for more than 400 years. It has nothing to do with the Duke of Sussex, nor with Norfolk which is at least 150 miles away.

Arundel itself is a tiny market town clustered around narrow streets with tourist shops and eating places galore. It has a Cathedral but is not a city. There is plenty of space for cars, with the castle welcoming in its attitude toward visitors and this outlook percolating to all, even the parking attendants.

There are nearly 1,000 years of history at this great castle, which is situated in magnificent grounds overlooking the River Arun.

Arundel was by definition “a mighty stronghold” built at the end of the 11th century by Roger de Montgomery on land granted to him by William the Conqueror. It has seen real combat during the English Civil War when it was besieged by the Roundheads for 18 days, eventually surrendering when Cromwell’s men found a way to stop water supplies to the fortifications. A walking tour of the battlements gives some idea of what the conditions must have been like, but it is only for the fit and those with correct footwear. The climb to the top of the keep is worth the effort, giving wonderful views of the South Downs National Park. 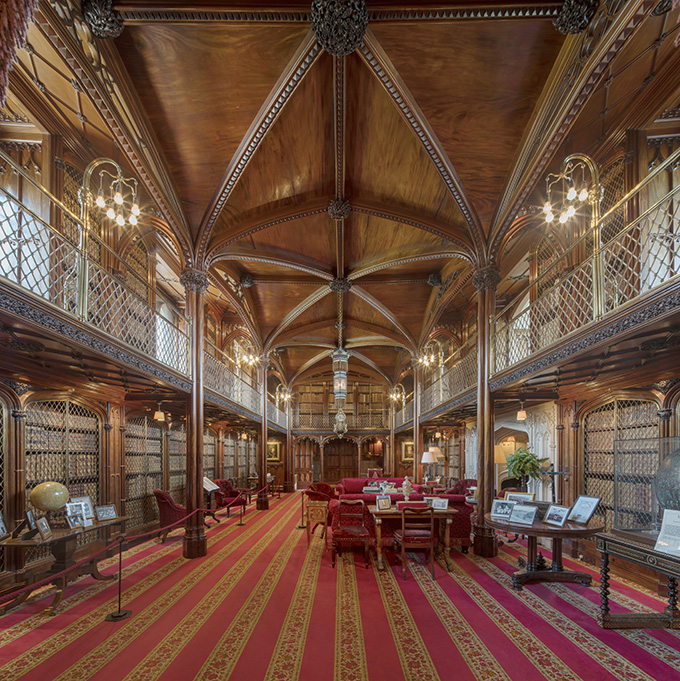 Charles Howard, 11th Duke of Norfolk, is credited for his restoration work and improvements to the castle, which began in 1787 and continued for a number of years, while the duke lived in the castle and entertained on a lavish scale. Many of his improvements have since been revised and remodelled, but the library is still the original as he had it designed and built.

The castle grounds are hilly. On entering, take advantage of the electric courtesy buggies to whisk you to the top of the escarpment to explore the organic kitchen garden and the greenhouses with chillies, grapes and melons, plus the fine rose garden.

During the walk back, detour to the Fitzalan Chapel founded in 1380 by the 4th Earl of Arundel, the chapel having a varied history, including being damaged during the Civil War in the 1640s.

Most of the more recent members of the Howard family are interred here, including the 16th duke, Bernard Marmaduke Fitzalan-Howard. As hereditary Earl Marshal, he organised the coronations of King George VI and Queen Elizabeth II, the funeral of Winston Churchill and the investiture of Prince Charles as Prince of Wales.


He was also a keen cricket fan and the manager of the English team in Australia in 1962-1963, which excited much press interest. Ian Wooldridge, the fine cricket correspondent of the Daily Mail summed up the unexpected appointment beautifully when reporting a pre-tour dinner. "Gentlemen", his Grace said, "I wish this to be an entirely informal tour. You will merely address me as 'Sir'!". The duke was a great success. 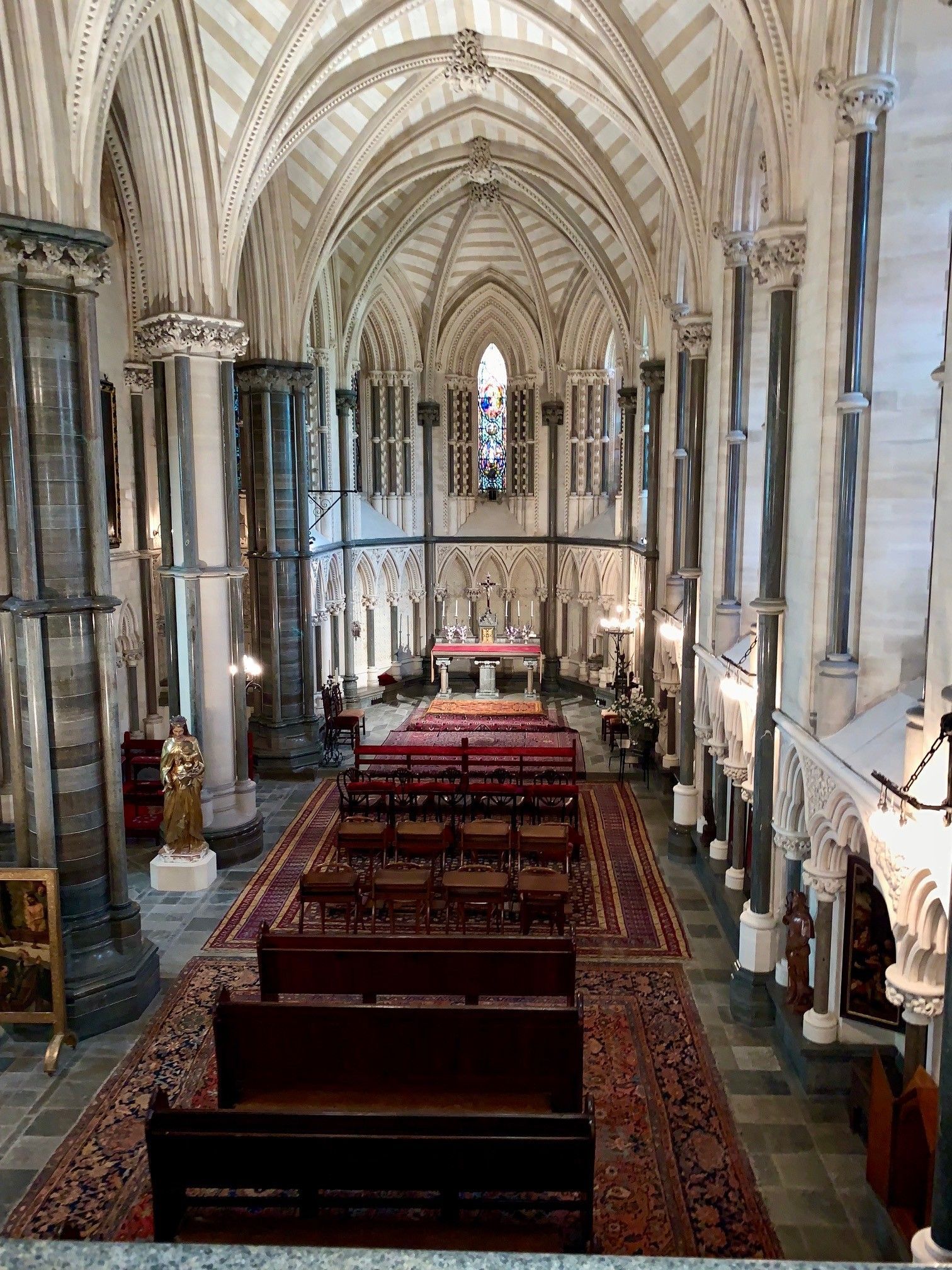 In 1846, Queen Victoria and her husband Prince Albert visited Arundel Castle for three days. There must have been plenty of warning as the 13th duke built a special suite of rooms for the royal couple which are now part of the family's private apartments. The bedroom furniture made for Victoria is on display. Among other things to see are her bed, the guest book bearing her and her consort's signature, and her toilet.

The building we see now owes much to Henry,15th Duke of Norfolk (1847-1917). Between the 1870s and 1890s, the house was almost completely rebuilt and the magnificent architecture in Gothic style is considered to be one of the great works of Victorian England.

It was one of the first English country mansions to be fitted with electric light, integral fire-fighting equipment, service lifts and central heating. The gravity-fed domestic water supply also supplied the town. Electricity cost more than £36,000 to install, but for the splendidly-carved fireplace in the drawing room, the fee paid was £150!

Visitors should be aware many of the state rooms do not open until noon, perhaps giving an opportunity for people to visit the old servants' hall and refectory, a quiet place to take an informal lunch or coffee break.

Once the château part of the castle opens its doors, the building is well signposted as one wanders along the numerous corridors and up and down steps admiring the finely-preserved interior with its fascinating furniture, tapestries and rare collection of paintings by renowned artists including Van Dyck and Gainsborough.

The Norfolk's are Catholics, somehow surviving Henry VIII’s break from Rome and the hysteria of James I’s time, and their home now includes a glorious private chapel built in the 1890s of Purbeck marble, chalk and Painswick stone. Visitors can enjoy a view from the gallery of the beautiful architecture and artworks. Further along is the Barons' Hall, a magnificent room conceived as a tribute to the signing of the Magna Carta.

The upkeep costs and reinvestment needed for such an enterprise as Arundel Castle are immense, health and safety and the other trappings of a different era needing to be dealt with under 21st-century rules. 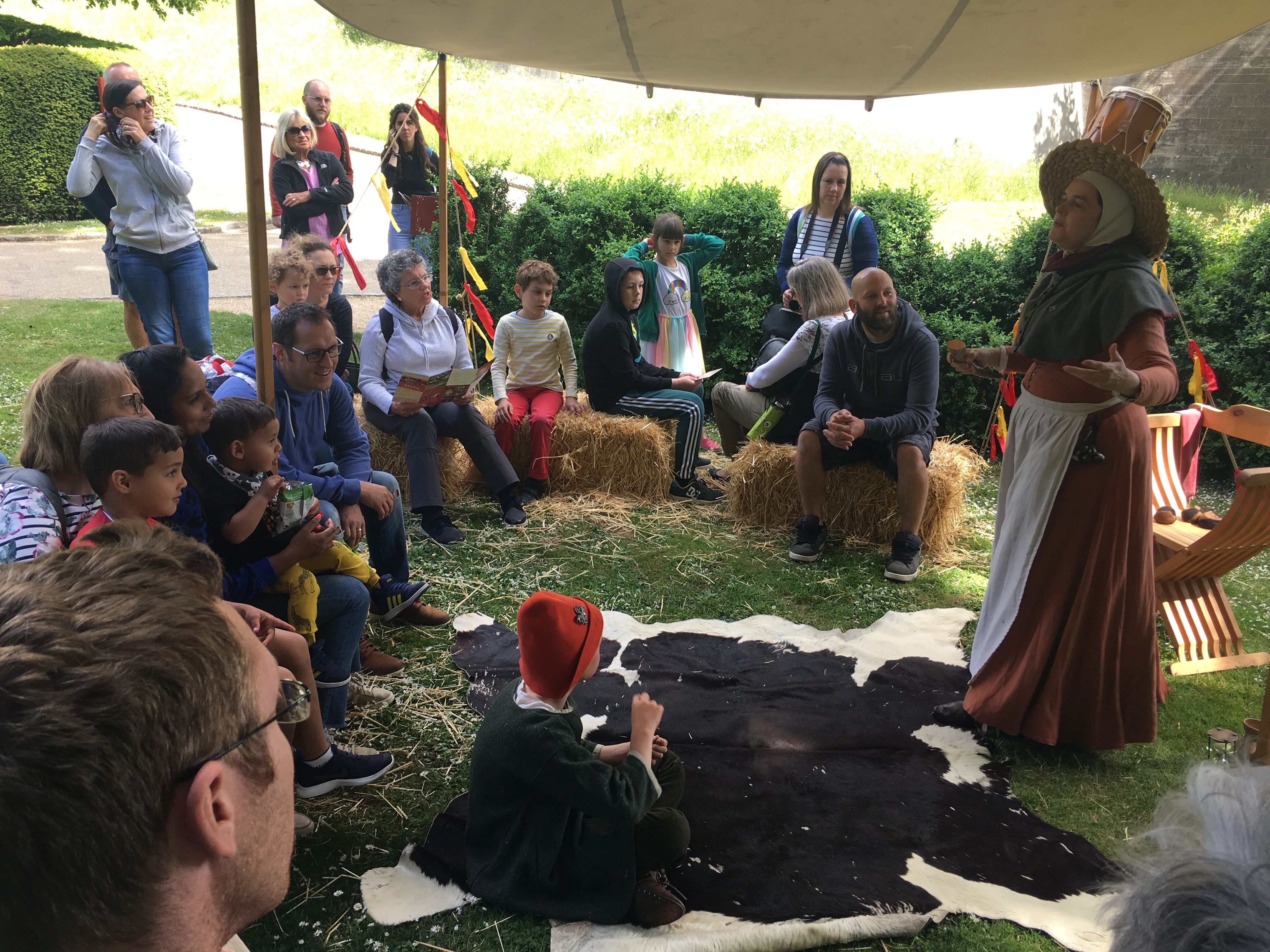 Throughout the summer, a whole series of tableaux and events are run, many especially suitable for children. Knights in Armour (15 September) always goes down well, as does the regular arts and crafts fair and on 16/17 August you can hear a rendition of Shakespeare’s The Tempest in an open-air theatre. If the more ancient of activities are not for you, there is always the Jaguar Enthusiasts' Club on 4 August.

Arundel Castle, and the little town, provide a great day out. A family ticket is £55 and all sorts of discounts and concessions are available.