ON TOUR: The Mary Rose

Portsmouth’s Historical Dockland covers a number of historical and not so historical attractions that make it more than a one-day visit.

BTN managed a three-night stay at nearby Warner Sinah Warren Resort on Hayling Island to cover NATS (8 July), the Solent Forts (1 July) and, next week, Arundel Castle. Our previous visit to Portsmouth was in May 2016 on the 100th anniversary of the Battle of Jutland. 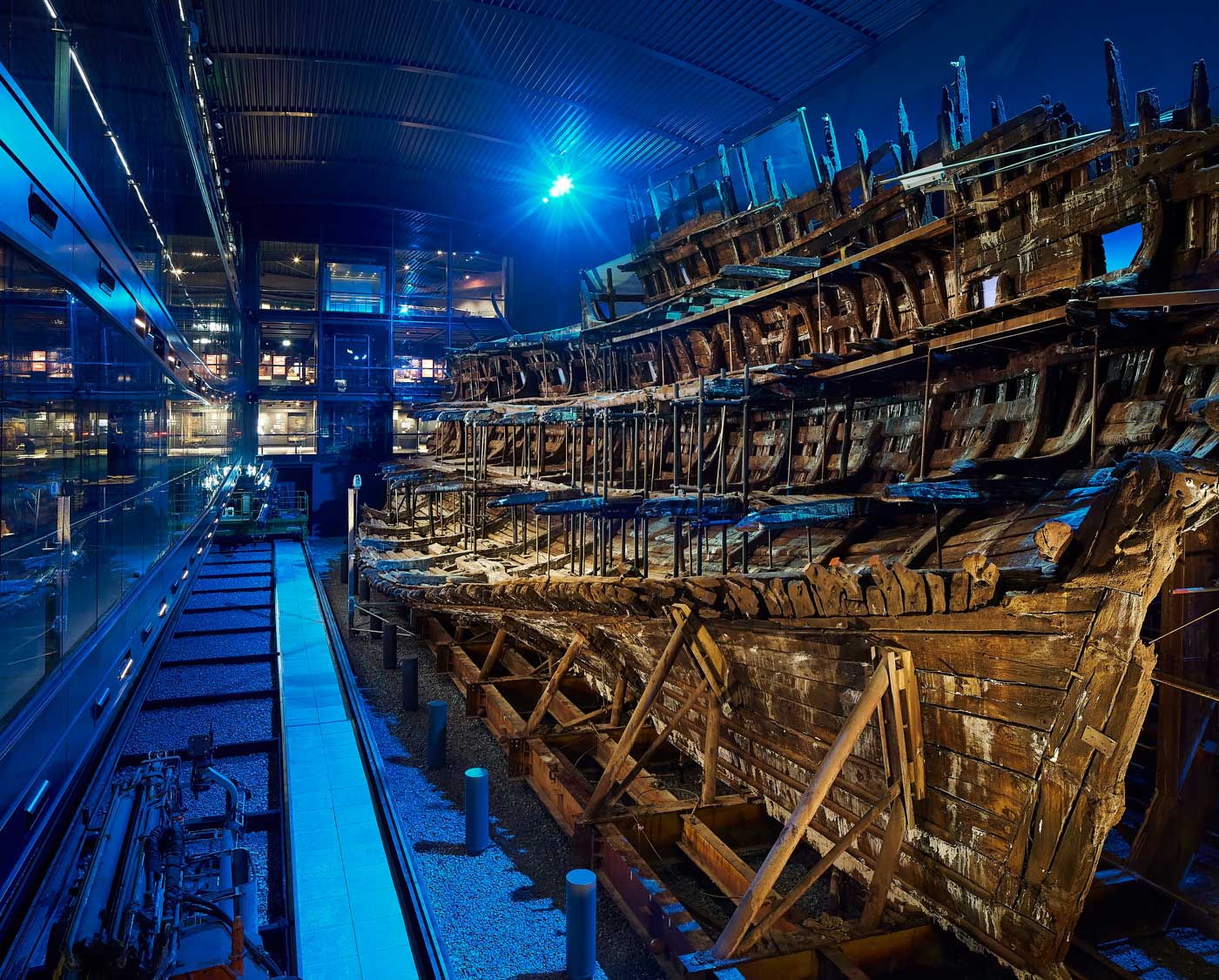 This time around we still did not have the time to view the restored HMS Victory, nor the yet-to-be-finished HMS Warrior display, or the submarine base. Mary Rose was our target. Next Friday, 19 July, is the anniversary of King Henry VIII's flagship sinking in 1545. We parked at the main signposted provision near the Victory Gate and bought tickets at a special facility opposite the main visitor centre. From here, it is an interesting 400yd walk passing the National Museum of the Royal Navy. We did manage the Spinnaker Tower (see below).

If you visited the Mary Rose in the past, you may have memories of either getting wet through sprays or trying to look through misted-up windows at what you could just about make out as a Tudor warship.

The state-of-the-art museum opened on 31 May 2013. The ship is easier to see and understand, with new displays, lights and sounds! It is a remarkable experience.

The Mary Rose is a testament to the young Henry VIII, whose initiative began what became the Royal Navy. She was completed in 1511 and was the most advanced warship of her day. She was followed by the slightly larger Henry Grace à Dieu ("Henry, Thanks be to God"), also known as Great Harry. Henry is supposed to have chosen her name after his favourite sister, Mary, and the red rose, the emblem of England.

Contrary to whatever has been said, the Mary Rose did not capsize on her maiden voyage. She was to remain the fleet flagship for 34 years, took part in a number of naval battles and carried Henry to the Field of the Cloth of Gold, a famous  what we would call today “ summit” near Calais in 1520.

By 1545, Mary Rose had seen better days but was called upon to lead the English fleet in what became the Battle of the Solent. After firing a salvo, the ship turned to line up the other set of guns and appears to have been hit by a gust of wind, keeled over and, with all the ports open, took in water. With the sailors below decks and the soldiers in heavy armour, few had a chance of escaping and at least 400 died. King Henry watched it all from Southsea Castle.

The next day the French fleet retreated, some making a repulsed attempt to take the Isle of Wight. Just like the Battle of Jutland nearly 500 years later there was no obvious winner, but England was not invaded, and had command of the sea.

The modern search for the Mary Rose was initiated by the British Sub-Aqua Club in 1965 as part of a project to locate shipwrecks in the Solent. The project was under the leadership of historian, journalist and amateur diver the late Alexander McKee. Mary Rose was confirmed as wreck in 1971.

Prince Charles took a great personal interest in the project, participating in some of the dives with the ship breaking the surface at 09:30 on 11 October 1982, all of it broadcast on national TV.

The excavation and raising of the Mary Rose was a milestone in the field of maritime archaeology, comparable in complexity and cost only to the raising of the Swedish 17th-century warship Vasa in 1961. The rescue divers, mostly volunteers, spent more than 22,000 diving hours on the site during the four diving seasons from 1979 to 1982, an effort that amounted to 11.8 man years. More than 26,000 artefacts and pieces of timber were raised along with the remains of about half the crew members. 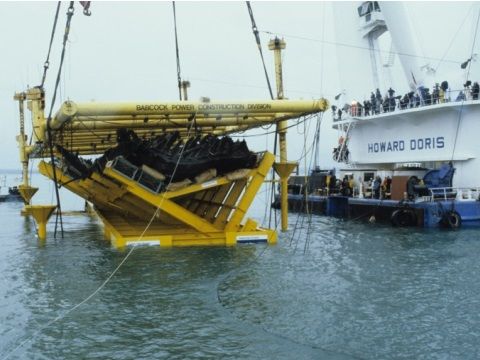 Just a year after it was spectacularly brought to the surface, Mary Rose went on view to the public in a covered dry dock while undergoing conservation. The need to keep the ship saturated first with water and later a polyethylene glycol (PEG) solution meant that, before 2013, visitors were separated from the hull by a glass barrier.

In September 2009, the temporary Mary Rose display hall was closed to visitors to facilitate construction of the new spectacular £35m museum building. In February 2014, Prince Charles, accompanied by the Duchess of Cornwall, visited the new museum and the ship. He had last seen it under water in 1982.

During construction of the museum, conservation of the hull continued inside a sealed "hotbox". In April 2013, the polyethylene glycol sprays were turned off and the process of controlled airdrying began. In 2016, the "hotbox" was removed and for the first time since 1545, the ship was revealed dry. The new museum displays most of the artefacts recovered from within the ship in context with the conserved hull. Since opening, it has been visited by over 500,000 people.

The Mary Rose was one of the first English ships designed just as a warship. She carried a battery of heavy guns that could damage enemy ships, and lots of small guns for shooting at their crews. The bigger guns had a gunner in charge of the gun crew. There were 30 gunners on the Mary Rose in 1545. Also on board were 185 soldiers. They could defend the Mary Rose, board enemy ships or fight ashore. They used guns and longbows to shoot at the enemy. When it came to hand-to-hand fighting, the soldiers were armed with swords, daggers and long spears called pikes and bills. All this is displayed together with the surgeon’s apparatus, and items from the ship’s galley.

To round off the visit, we stumbled across a 30min talk by Henry VIII, aimed mainly at children. Most entertaining. He told us he appears during the school holidays and is available for selfies.

Do have a look at AND FINALLY 3 June. 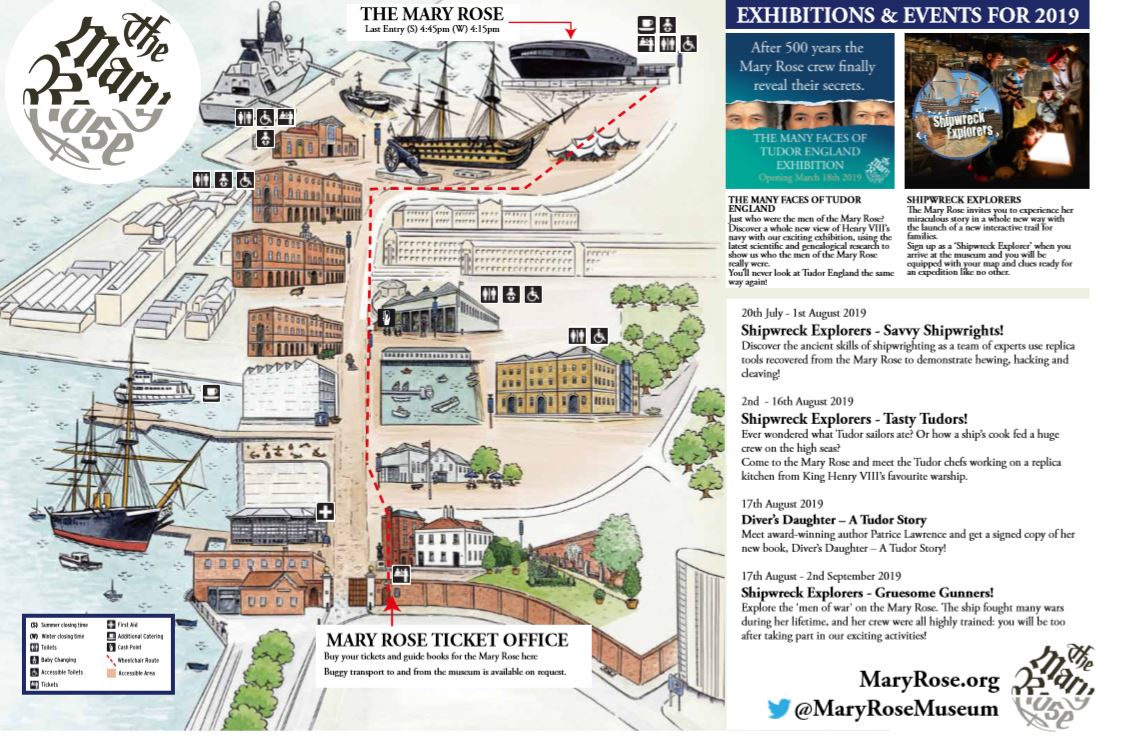 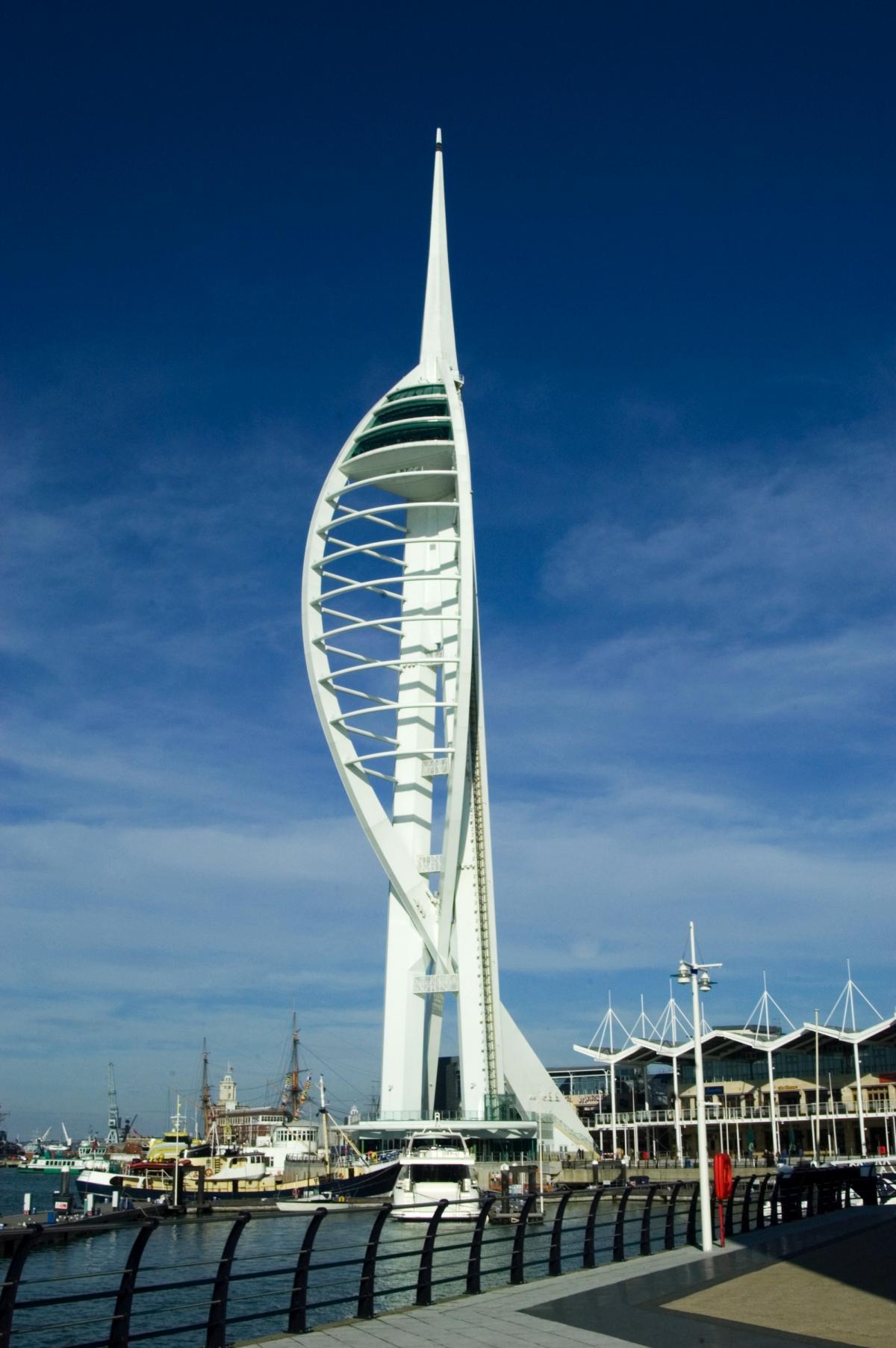 Sponsored by Emirates Airline, the Spinnaker Tower, which overlooks the whole of Portsmouth, is very much worth the entrance fee. You can abseil down too. If you've tried it this way, BTN might very well publish your image.

The iconic 170m tall viewing tower has proved to be an overwhelming success, welcoming more than 3m visitors since opening in October 2005 as the centrepiece of the £38m ‘Renaissance of Portsmouth Harbour’ redevelopment project. It is the UK’s tallest publicly-accessible tower outside London.

The Emirates Spinnaker Tower experience begins with ‘Sail of the Solent’, a 4min animated film which provides guests with an engaging overview of the history of Portsmouth. The film features cameos from key figures for which the city is famed, including Sir Arthur Conan Doyle, King Henry VIII and Lord Nelson.

The internal high-speed lift travels at 4m per second and takes 28sec to reach View Deck One. It can hold up to 26 passengers. Here visitors who are brave enough can test their nerve and venture across the glass floor Sky Walk, exploring more of the tower’s striking construction as well as taking the chance to appreciate the 100m drop below!

From here, head up to View Deck Two for The Clouds café 105m above sea level, offering guests the opportunity to savour the views with a selection of hot drinks and sweet treats. Just a short climb (30 steps to be exact) is View Deck 3, home to the Sky Garden, 110m up, a little haven at the highest point of the tower. It is open to the elements so visitors can feel the wind in their hair or the sun on their faces while reclining and relaxing on a deckchair or bean bag.

As well as a visitor attraction, the Emirates Spinnaker Tower can be hired for private events such as awards dinners, birthday parties, anniversary events, drinks receptions and even weddings.

Very close by is Gunwharf Quays, an outlet retail destination with 90 outlet stores and 30 restaurants, bars and cafés and Portsmouth Harbour Station. In times gone by, cannons, ammunition and other armaments were stored in this area. It is all part of Portsmouth’s heritage. 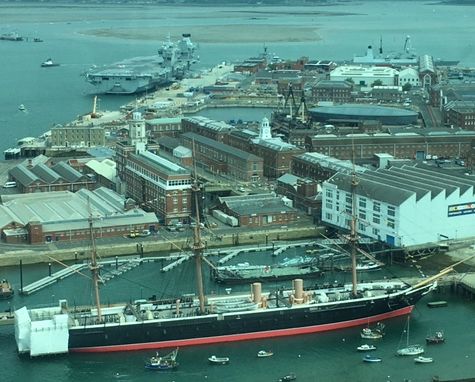