More heavyweight criticism of immigration queues at Heathrow, including from airport CEO John Holland-Kaye, was voiced last week in the wake of British Airways chairman Alex Cruz’s attack in The Times (BTN 13 August). 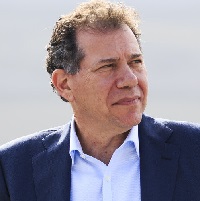 Virgin noted on 30 of 31 days in July, Border Force missed its target of a maximum 45min wait for 95% of visitors from outside the European Economic Area, with the longest lines on 6 July, when EEA passengers had to line up for up to 2hr 36min.

Kreeger said Virgin had set up a “greet and treat” service for its arriving passengers, providing water and snacks “but only the Border Force can resolve this … we all agree that security and safety is vital but other countries are managing their borders more effectively”.

Holland-Kaye said: “It’s brilliant to see even more international visitors coming to the UK and supercharging the country’s economy this summer. However, too often their first impression of the UK is a long queue for immigration.

“The Home Office should let visitors from low-risk countries such as the US use the same e-gates as EU visitors.”

(See also Heathrow marks its busiest day in this issue).