Busiest day yet for Heathrow 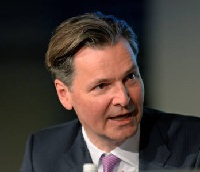 The airport welcomed nearly 262,000 passengers in 24hr, while July overall reached  unprecedented peaks with more than a quarter of a million passengers travelling through on 19 different days in the month.

More than 7.8m passengers used Heathrow to notch up the 21st consecutive record month, with figures up by 3.7%. The airport’s already popular North American routes saw significant growth of 8.1%.

Heathrow used the figures to add to the clamour over long immigration queues, with CEO John Holland-Kaye joining criticism from British Airways and Virgin Atlantic (see Border chaos in this issue).

He also noted the North America July statistic of a total of 1.8m passengers arriving thanks to larger, fuller aircraft reiterated the need to extend the use of self-service e-gates to countries such as the US and Canada.