Russia took another step toward competing with the Airbus A320 and Boeing B737 MAX in the twin-engine short- to medium-haul aircraft market last week with the first flight of the Irkut MC-21 following its roll-out last month (BTN 8 May).

The Russian government said after the flight production of the MC-21 will start in 2019. Irkut Corporation says it plans an initial production of 20 aircraft a year, increasing to 70 by 2023.

The aircraft can carry 132–211 passengers and as well as competing with the Airbus and Boeing models is intended to replace remaining Soviet-era aircraft such as the Yak-42, Tu-134 and Tu-154. 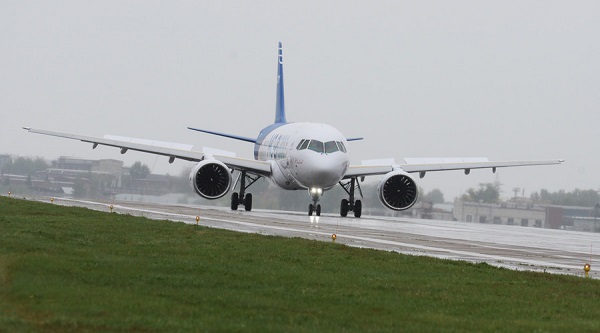