Foreign airlines may be allowed to operate domestic routes in Israel at the expense of Israeli carriers Israir and Arkia, under plans being considered by transportation minister Yisrael Katz. 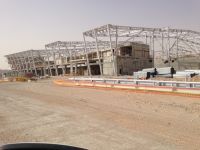 The Israeli newspaper Haaretz said Katz’s shift in policy could hurt Israir and Arkia, but might also increase competition and drive down domestic airfares as well as making Israel attractive as a transfer point for connecting flights.

As reported in BTN on 5 December, Ovda Airport just north of Eilat is served by foreign carriers which are exempt from airport fees due thanks to subsidies provided by the tourism ministry.

Haaretz said these airlines could be well positioned to offer domestic service as well. Some 16 additional foreign airlines, including Ryanair and Cyprus-based Tus Airways, have entered the Israeli aviation market since 2014.

Katz is also said to be considering allowing foreign airlines to establish operational bases in Israel, either at Ben Gurion or at the new Ramon Airport at Timna north of Eilat, which is now due to open in October.