Israel’s new international airport, called Ramon, will be operational next summer. It replaces the current Eilat Airport, in the very centre of the Red Sea resort and suitable only for short-range domestic flights. The new one will double as a diversion facility for Tel Aviv Ben Gurion (TLV) if that airport needs to close for some reason.

Presently foreign airlines use Ovda, a military base 60km to the north, while Ramon, purpose-built and sitting alongside the border to Jordan, is just 18km along the major A90 road towards Beersheba.

The Israeli government is offering financial incentives to airlines wishing to service the airport. Monarch is back with weekly flights from Luton and also operates to Ben Gurion.

The new facility is seen as a tremendous boost for Eilat, with a runway length of 3.6km capable of accepting the largest long-range aircraft. Eilat is also a tax-free zone. The airport services will operate on a common-usage basis for both international and domestic passengers, while the old airport will be redeveloped with a lagoon, new hotels and major leisure facilities.

Ramon Airport it is named after Ilan Ramon, Israel’s first astronaut, killed on the fatal Columbia mission on 1 February 2003, and his son Assaf, who also died in an aircraft accident in 2009 when his F16 fighter crashed during a training exercise. 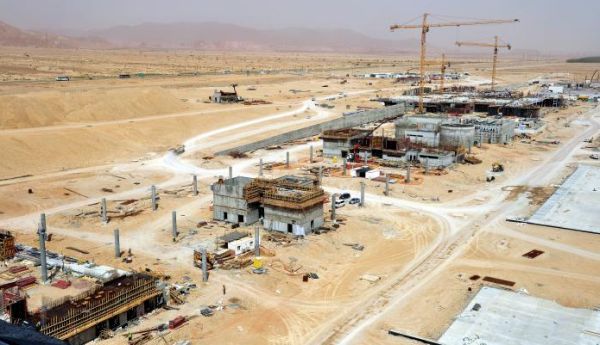 At one stage this airport was to have a station on the new railway from Dimona - I take it this plan has finally been dropped?