Willie Walsh, Chief Executive of the International Airlines Group, is among latest speakers to be announced for the AOA UK Aviation Conference next month in association with BATA, BAR UK and the Royal Aeronautical Society. 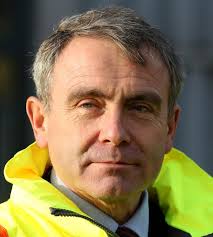 Also confirmed for the gathering, which will see airports, airlines and aerospace come together to discuss key aviation issues, are Paul Drechsler, President of the Confederation of British Industry; Martin Rolfe, Chief Executive of NATS, and Deirdre Wells, Chief Executive of UKinbound.

The conference, at the Hilton Metropole Hotel in London, on 23-24 November, will be moderated by ITN news anchor and presenter Natasha Kaplinsky, and the separate awards ceremony will be hosted by Independent journalist and travel broadcaster and writer Simon Calder.

The conference is aimed at airline, airport and aerospace senior executives and managers, government civil servants and regulators, and travel and tourism stakeholders.  http://aoa.org.uk/uk-aviation-conference-2015