ON TOUR: An Alternative London Perspective

Over the years Business Travel News has reported on helicopter trips over some of the world’s great landmarks including the Grand Canyon, Iguassu Falls, and New York.  To this must be added recently Dubai by seaplane (see BTN 11 May), fixed wing yes, but like the other trips, mainly over water.

Our regular traveller Jane Stanbury has been on something different, not new, but one for the future, and a proper alternative to the open top bus or ‘duck’ ride. 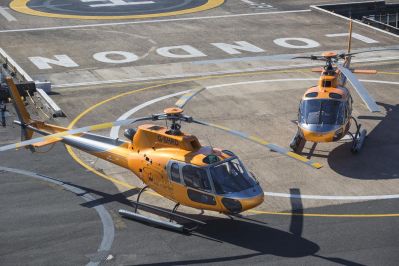 “Fancy a trip up the Thames?”  I asked my father as he approached a significant birthday. For his 60th I had bought him a helicopter flight above New York, an experience he’d enjoyed and still talks about. As he hit another age milestone I wanted to treat him to something special, but little did he know I wasn’t talking about a London boat cruise

The UK’s capital is a spectacular city with a plethora of monuments, buildings, and world famous sites, both historic and contemporary. It takes logistical choreography to view everything in a short time, but there is an alternative way to see the best London has to offer.  Situated on the south side of the river, London’s only licensed helipad, The London Heliport, nestles between the stylish Crowne Plaza Battersea and contemporary Rafayel Hotel in the fashionable London zone of Battersea. Visible only from the river the heliport operates around 6,000 movements a year, and of these around 1,000 are flown by The London Helicopter.

Privately owned and founded by Chris Mann, a London native, the company’s first sight-seeing flights took off from its base near Redhill (UK) in 2004.  As demand increased it became apparent that visitors wanted the buzz of departing from a London location and in April 2013 the first Battersea Heliport departure took place.

The London Helicopter company is a small but perfectly formed business.  A team of 20 dedicated and passionate crew offer a range of services allowing guests a range of options from a short 12-minute flight, “London Buzz”, taking in the leading sites of London’s centre to a personalized trip enabling guests to choose their own memorable route.  Branded in a burnt orange hue the state-of-the-art Airbus AS350 Single Squirrel helicopters comfortably sit six passengers so arranging a flight with a group of fellow travellers is particularly recommended.

Our trip reflected the most popular booking, two seats on a “London Sights” flight.  We sat in The London Helicopter HQ – The Pod – overlooking the helipad, and watched as our machine landed on spot number one (one of three) at the Heliport.  After a televised safety briefing light-weight life vests were donned and we were ready for our ride.  Once on board the machine lifted off the pad, taxied to the river’s edge, and rapidly ascended 1,500ft in just 60 seconds.

Our pilot immediately began a running commentary of all the landmarks beneath us.  The route predominantly follows The Thames River from west to east starting above the Barnes Wetlands.   As the machine flies east it is all the group can do to keep up with the array of sights pointed out.  Along with the famous national monuments, the Royal Albert Hall, Trafalgar Square, Westminster Abbey he also indicates points of interest such as Clapham Junction, the UK’s busiest railway station, Google’s multi-coloured building, and unsurprisingly a number of famous football teams home grounds. Passengers just had to think of a London monument, and there it was. 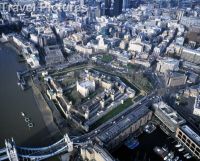 The north side of the river has traditionally dominated the must see-sites-list with the Houses of Parliament, Buckingham Palace, Trafalgar Square, St Paul’s Cathedral amongst others commanding visitors’ time.

More recently, since the construction of Canary Wharf and the Thames Barrier, London’s south bank has become a destination in its own right and the notable sights including The London Eye, Tate Modern, Battersea Power Station and the MI6 building, vie for attention.

Owing to the nature of the flight if you miss something on one side, you catch it on the return run.  However, just to be sure nobody misses out the pilots will tip the helicopter to the north or south in order to enhance visibility. Our day had to be one of the clearest for some time, the Thames Barrier seemed within reach as we made our turn above the O2 Arena onto the return leg and came within waving distance of visitors to London’s tallest building The Shard.

As we touched down the next excited group of travellers watched with anticipation as we returned to The Pod with a full collection of superlative exclamations. Even my father, from Yorkshire, and notorious for understatement, was grinning from ear to ear.

Initially The London Helicopter customers were predominantly local residents and other British tourists, but as the word has spread international passengers now make up about 30% of the business.

To support this growing clientele’s demand for quintessential Britain The London Helicopter is now exploring exciting new destinations and in July of this year announced a trip back in time.

The new luxury package leaves modern London and flies across the English countryside until it peeks in on Stonehenge, one of Britain’s most iconic landmarks. Guests will land at a nearby airfield before being whisked in a luxury car to experience the ancient circle of stones at ground level, before returning to the capital and enjoying the bird’s-eye views of London once more. It is anticipated that this will be the first in a number of new high-life experiences to be added to the portfolio. 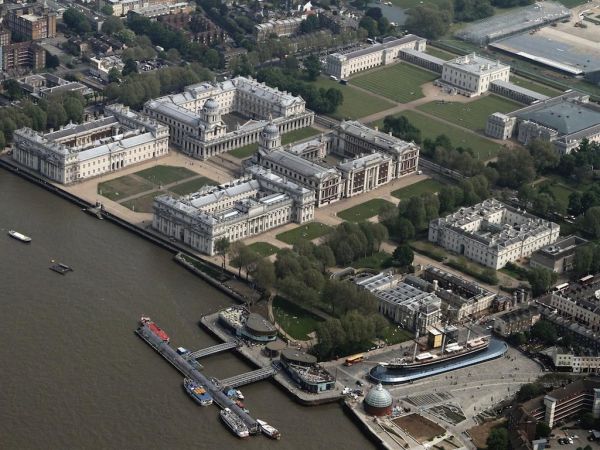