Delta Air Lines will reduce the number of flights to Dubai from its Atlanta hub starting 1 October as part of a Middle East capacity cut.  The airline will fly between four and five times per week, down from daily service this summer.

Delta revised its schedule as part of a broader 15-20% cut in capacity to the Middle East and Africa that Delta announced in April.

"The reduction comes amid overcapacity on US routes to the Middle East operated by government-owned and subsidised airlines," a Delta spokesman said in a statement, noting that daily service would return in the spring of 2016.

The latest news underscores a trade row that is rippling through Washington. (see  BTN  10 August)

US unions and airlines, led by Delta, charge that Emirates, Etihad Airways and Qatar Airways have received US$42bn in subsidies in the past decade.  They say this has allowed the Gulf carriers to dump capacity into the United States, driving down prices and pushing out competitors.

The Gulf carriers have denied the claim and say poor customer service has caused US airlines to lose market share.

Other US carriers such as JetBlue and Alaska have backed the Gulf airlines, saying that government action would signal an abandonment of the United States' liberal trade policy in favour of protectionism.   www.delta.com 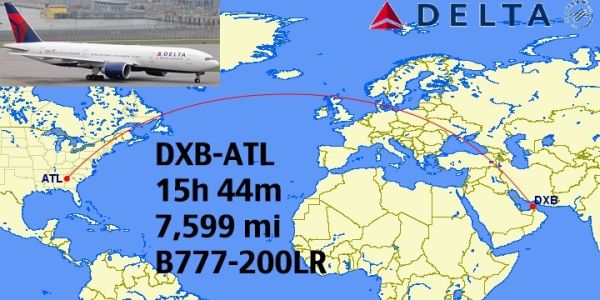