The squabble between US and Gulf carriers has taken another twist with the formation of a new alliance opposing the stance taken by American Airlines, Delta and United.  The “Airlines for Open Skies” has been established by JetBlue, Hawaiian Airlines and cargo carriers FedEx Express and Atlas Air Worldwide. 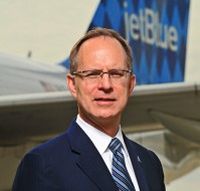 The group says abolishing Open Skies air treaties would harm the US financially and would likely cause retaliatory action from governments in the Middle East.

The three big US carriers have urged the American government to take action against Emirates, Etihad and Qatar Airways over claims they receive unfair state handouts of up to US$40bn.

The three Gulf airlines have all denied this and hit back counter claiming that US carriers benefitted from bankruptcy protection and tax breaks.

FedEx, Atlas, JetBlue and Hawaiian have sent a joint letter outlining their fears that the US economy will be damaged and jobs lost if the Open Skies agreement is pushed back.

"Open Skies has opened the door to tremendous new opportunities for US airlines including JetBlue – competition that benefits consumers and the economy – and we must oppose calls to roll back that progress and risk reverting to the old days of heavy government regulation of our industry," said Robin Hayes, CEO of JetBlue.  www.fedex.com   www.hawaiianairlines.com   www.jetblue.com