Last Monday Tony Tyler, Director General of the International Air Transport Association (IATA), broke his silence on the acrimonious subsidy dispute between the three major US carriers and the three largest Gulf airlines, saying during his opening address at the association’s AGM in Miami that IATA did not have a mandate to take a position on the issue.

Addressing the issue at the end of his keynote speech, Tyler said it was no secret there was “an underlying tension in our industry” – a reference to a campaign by American Airlines, Delta Air Lines and United Airlines in which they allege that Emirates Airline, Etihad Airways and Qatar Airways have benefited from $42bn in subsidies from their government owners and which the US carriers say contravene the terms of US Open Skies agreements with the United Arab Emirates (UAE) and Qatar.  (see in the issue Qatar Airways threat)

The dispute is turning ugly, with claims and counter claims. The US government is conducting a review of the American airline complaints.

The issue has divided industry.  Some US domestic carriers, and airports too, are supportive of the Middle East airlines carriers. Alaska Airlines and JetBlue Airways are concerned regarding connecting traffic.   In Europe, Lufthansa and Air France-KLM support the US majors’ campaign, but British Airways parent company International Airlines Group (IAG) does not.   www.iata.org 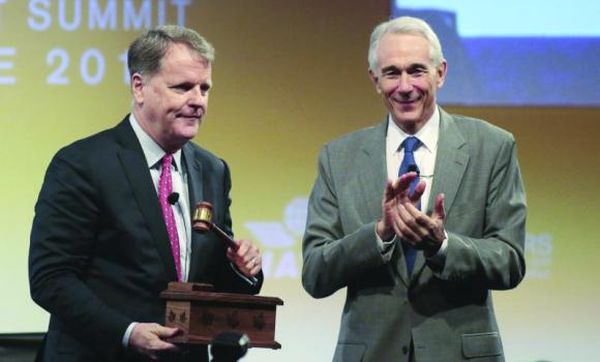