ON THE SOAPBOX SPECIAL: Airports Commission

Gavin Hayes is Director of Let Britain Fly, the campaign initiated by London First, whose aim is to build cross-party political support for airports expansion in London and the South East.

Gavin is the former General Secretary of the centre-left campaign group Compass where he devised and directed a number of influential public policy campaigns on issues including short-term credit, consumer energy policy and executive remuneration. Gavin studied at the University of Kent in Canterbury and has a degree in Politics & Government.  See also BTN 2 December 2013 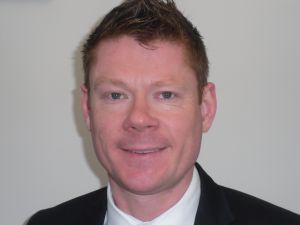 With the Airports Commission’s final report expected within weeks, the time is fast approaching for the Government to make a decision on where the UK’s next new runway should be built.

Over the past year, the discussion on the relative merits of the proposed new runways at Gatwick and Heathrow has played out across the media and in national advertising campaigns.  This rivalry aside, it is clear a consensus has begun to form that doing nothing on airport expansion is no longer an option.

London’s airports are filling up fast.  Heathrow has been operating at capacity for over a decade, while Gatwick is predicted to be full by 2020, and most of London’s other airports will be full by 2030. While initiatives such as time based separation at Heathrow are useful stop-gap measures to make the most of limited capacity, it is clear we cannot continue to delay as London’s airports feel the strain.

The need for swift action on airport expansion is now backed by both business and the public alike. Following the election more than 100 business leaders wrote an open letter calling on the Government to end political procrastination.  A week later a poll found that Britons supporting new runways in the South East outnumber those against expansion by a factor of three to one. In London, this rises to almost four to one.  The polling also found that there was strong support for improved public transport links to airports and for the creation of an independent aircraft noise authority.

With this support along with assurance from the independent Committee on Climate Change which concluded that a 60% growth in flights to 2050 is compatible with the UK’s overall carbon reduction targets, it seems that pressure is growing for this issue to be resolved.

Encouragingly, politicians seem to have taken note. In a recent speech the Chancellor, George Osborne, stated: ‘When we get Howard Davies’ report on a new runway in the South East, we’re going to take the decision and get it built.’

Indeed, since last year’s Party Conference season there have been positive statements from politicians of all parties in support of a quick decision.  This culminated in almost 60 MPs representing constituencies across the country calling on a cross-party basis for action on expansion ahead of the General Election.

While political consensus appears to have formed, it is imperative that these political promises are not allowed to fall by the wayside. They must be translated into action, which may be easier said than done.

There is no time to delay.  We cannot be complacent about the future of London’s airports.  Major cities around the world are planning to build 50 new runways by 2036, by which time one billion additional passenger journeys will be taking place annually. With no current confirmed plans to increase capacity, London’s airports will miss out on the opportunity to harness this growth for Britain.

The Airports Commission has spent more than two years examining the UK’s airport capacity needs, and has concluded that we will need one net new runway in London by 2030.  It will soon make its final recommendation on its location.

This is why we need to ensure that our politicians are serious about delivering on their promises.  Once the Commission reports supporters of the Let Britain Fly campaign will be calling for a quick decision on airport expansion. Without this swift action our economic future will be grounded.  www.letbritainfly.com

London's airports are overflowing but there is no market for the A380 - despite it having the lowest seat mile costs and best passenger comfort of any aircraft. How logical. What is the real agenda then?