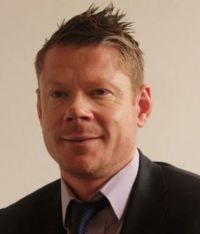 Gavin Hayes is London First’s Aviation Campaign Director and brainchild behind ‘Let Britain Fly’.  Previously Gavin was General Secretary of the left-leaning think tank Compass where he devised and directed a number of high-impact public policy campaigns including the ‘End Legal Loan Sharking’ campaign which last week resulted in the Chancellor of the Exchequer George Osborne announcing a Payday loans cap.

"The business community, especially readers of BTN, will appreciate all too well the vital importance of access to high-quality air travel to British businesses and the wider UK economy.

The facts on this issue speak loud and clear. Twenty times more trade is done with countries with which Britain has a direct air link. By value, 40% of Britain’s exports go by air and over 30% of imports arrive by air freight. And we should not forget that the aviation sector helps to support almost a million British jobs.

Worryingly, however, London now has fewer weekly flights than Paris, Frankfurt, Amsterdam, Munich and Madrid to half of the emerging market economies, and seven of the eight growth economies identified by the IMF.

Indeed, despite the vital importance of aviation and international connectivity to Britain’s past, present and future economic development, unless action is taken soon to expand our airports, we could very well face an air capacity crunch. London Heathrow has been full for a decade, whilst all of the capital’s main airports will be full by the mid-2020s.

If Britain is to remain the economic power we are today it is fundamental we continue to be one of the best connected countries in the world. Retaining our position as Europe’s most important aviation hub is therefore of strategic national importance.

That is why earlier this month, just weeks before the Airports Commission is due to publish its Interim Report, over 100 leaders from Britain’s top companies signed up to the founding statement of Let Britain Fly, a new campaign aimed at building cross-party political support for expanding airports in London and the South East. From past experience of such big infrastructure projects – robust cross-party support will be fundamental to any expansion successfully going ahead.

As a business community and as a broader group of people that care deeply about our capital city and Britain’s economic future, we should no longer be willing to stand by and allow our politicians to dither on airports expansion, play politics with our country’s prosperity and allow our economic competitiveness to wither on the vine.

If we take a helicopter view over the last 50 years, the fact is that we haven’t built a new full-length runway south of Manchester since the Second World War. In that period, whilst Britain has staged countless commissions on the issue, our European competitors in cities such as Amsterdam, Frankfurt and Paris have quietly invested in modernising their airports infrastructure and are now reaping the benefits.

While British politicians have been mired in years of arguments, indecision and political cowardice, the pace of change and modernisation in other countries is quite frankly staggering, with China alone building around 20 new airports every year! After decades of struggling, Britain has not managed to produce a single additional runway in London and the South East.

I therefore believe that after half a century of stop-start government mismanagement of our airport infrastructure, the Airports Commission represents the final call for politicians of all parties to step up and finally do something.

If they don’t, another generation of inaction will crawl past, while our continental rivals invest, expand and bring in business from the world’s emerging economies who may by then have chosen to pass London by because there is no room to land.

Only last year, we saw Germany take our crown as Europe’s leader in attracting new foreign direct investment. Part of the reason for that will be the increasing attractiveness of German cities such as Frankfurt and their ability to connect with new emerging markets through non-stop flights.

Britain has always prided itself as being one of the world’s great trading nations, but we cannot be complacent about what our impressive historical achievements mean for our future. To coast along forever on our past glories and rapidly-dating infrastructure is risky and short-sighted. Fortune favours the bold. It’s time to raise our game in a rapidly changing world and seize the moment before it is too late.

That is why I believe now is the moment for politicians to step up to the plate and take urgent action to expand our airports. In short, it’s time to ‘Let Britain Fly’. http://londonfirst.co.uk/events/let-britain-fly