Assembly has started on the first Boeing 737 MAX, the latest version of an aircraft that first flew in April 1967, and of which 8,500 have been delivered.  The initial aircraft is scheduled to be completed this year and begin flights tests in 2016.

Customers will start to receive aircraft in the third quarter of 2017.

In 2010, Airbus launched the A320neo.  Boeing followed with the MAX in August 2011, claiming a 4% lower fuel burn than its Toulouse designed competitor.

Airbus first flew a Pratt and Whitney powered neo on 25 September 2014 and last week one with the alternative CFM International LEAP-1A engine.  First deliveries should be this year (ILFC) but no airline has been announced.  The order book stands at 3,794.  Boeing only offers the CFM engine.

Renton produces the 737 on a single automated production line.  The A320 series is assembled at Toulouse, Hamburg and Tianjin (China).  A plant at Mobile Alabama (USA) will come on stream in 2016.  www.airbus.com    www.boeing.com/commercial   www.youtube.com/watch?v=-y0U1Qux9EA 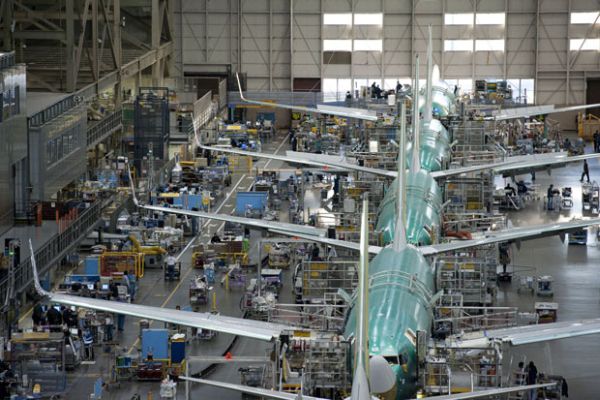 If it is not Boeing I'm not going.