British Airways has announced it will operate a daily A380 service on its Heathrow (LHR) to Singapore Changi (SIN) route later this year.  The carrier currently flies double daily between the two cities, with the superjumbo operating three times weekly on the route.

To date British Airways has taken delivery of seven A380s out of an order for 12 and the aircraft is currently flown on Hong Kong, Johannesburg, Los Angeles, Miami, San Francisco, Singapore and Washington routes.

The configuration is unique with First Class on the lower deck, Club World and Economy on both decks, with World Traveller Plus on the upper section only.  www.ba.com 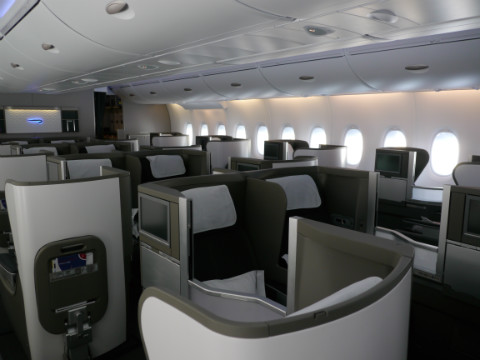 I cannot believe that BA could take delivery of this fabulous aircraft, and then fit their very old fashioned biz-class seating in them. I congratulate BA for being the first airline to introduce flat beds to biz class 25 (?) years ago, but really, BA, having to climb over the legs of the person in the next seat to get to the aisle is no longer viable - every airlline on the planet has now overtaken you in biz class!!!!