Belfast International Airport (BIA) has begun a legal claim at the High Court for substantial damages from Aer Lingus.  The airport is suing for breach of contract after the airline's early termination of a 10-year deal moving to George Best Belfast City Airport.

A lawyer for BIA told the court the airline had entered "a binding commitment" to operate three aircraft from Aldergrove for 10 years.  The judge was told that it followed months of negotiations as the airline sought to establish a base outside the Republic of Ireland.

The court heard that Aer Lingus accepts there was a contractual relationship, but disputes the terms.  According to the barrister for BIA the airline picked out parts of the agreement letter which were to its advantage when it comes to damages.  BIA is claiming £20m although it says this sum could be £29m.

Counsel for Aer Lingus said that there was never any obligation on it to operate out of the airport.  He told the judge that although an understanding had been reached with the airport, his client would never have agreed to such a binding condition.  According to the airline's case, it had instead come to an arrangement on the price for when it did use the airport.  The lawyer said that it had been a loss-making exercise that his client decided it could no longer continue with.   www.belfastairport.com   www.aerlingus.com 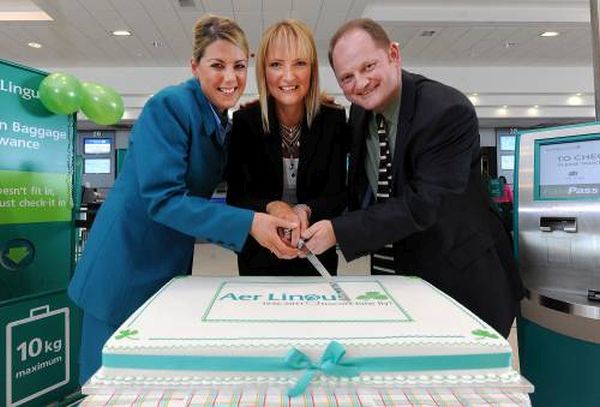