IAG and the low fare club 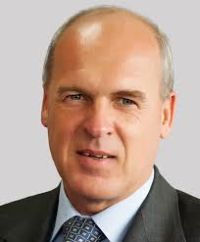 Whether Air Berlin takes the same route remains to be seen as it also follows the IAG carriers in leaving AEA (Association of European Airlines) (see BTN 20 April).  The shareholders of all three carriers include airlines based in the Gulf region who are in argument with a number of European legacy operators regarding Government support.

Stefan Pichler, Chief Executive Officer, Air Berlin, summed up the situation from his point of view.

"We see no future in a protectionist aviation policy in Europe.  On the contrary; the liberalisation of bilateral agreements will promote further consolidation and new, innovative business models, thereby benefitting all passengers.  With its current focus and representation of interests, the AEA is not fulfilling these ideas, but allowing itself to be driven by airlines which desperately try to erect a new wall around Europe.”

"I'm firmly convinced that new investment in the European aviation industry – from other regions of the world, for example – will not only preserve many jobs, but also create new ones.  Increased competition will offer passengers more choice and more attractive services, and promote long-term growth and additional connections." continued Pichler.   www.airberlin.com    www.aea.be