New figures published by the Civil Aviation Authority (CAA) reveal annual passenger numbers at UK airports have grown for the fourth consecutive year and are now just fractionally short of the 2007 peak.  In total, UK airports handled 238m passengers during 2014, an increase of 4.4%, around 10.0m.  (See also  Airport traffic 2014 – Worldwide  in this issue) 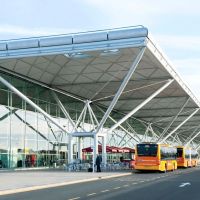 Commenting on the numbers, Iain Osborne, Director of Regulatory Policy at the CAA, said:  “Demand for air travel continues to grow and during 2015 we expect to see more passengers at UK airports

“Flight numbers are growing much faster at London airports than in the rest of the country.  This highlights both the pressures on airspace in the South East and the need for more runway capacity in London.”

The CAA numbers also reflect the confidence of UK airport operators, the AOA (Airport Operators Association) conducting a survey in recent weeks that showed that 57% of airports believed that growth will be stronger in 2015 than in 2014 and that 42% were of the opinion that this year’s increase would at least match 2014.  Every airport said there would be growth in 2015.

The CAA has also published the January figures which show an overall UK increase of 6% and Stansted up 28%, London City 24% and Luton 11%.  www.caa.co.uk   www.aoa.org.uk