Based on reports from 1,095 airports worldwide, ACI's (Airport Council International) preliminary passenger traffic results for 2014 show that the top four ranked positions with respect to the world's busiest airports in overall passenger traffic have not changed as compared to 2013.

Atlanta (+1.9%) continues to be the world's busiest airport with over 96m passengers in 2014.  While Beijing (+2.9%) was expected to close the gap, it no longer has double digit-growth as in previous years, placing it in second position.  Heathrow (+1.4%) remains in third while Tokyo-Haneda (+5.7%) preserves fourth position.  However, Los Angeles (+6%) and Dubai (+6.1%) have moved ahead of Chicago-O'Hare (+4.6%), occupying the fifth and sixth rank respectively.

Istanbul (+10.7%) remains one of the fastest growing airports among the world's top 20 airports for passenger traffic, moving from 18th to 13th rank ahead of Amsterdam Schiphol (+4.6%).  www.aci.aero 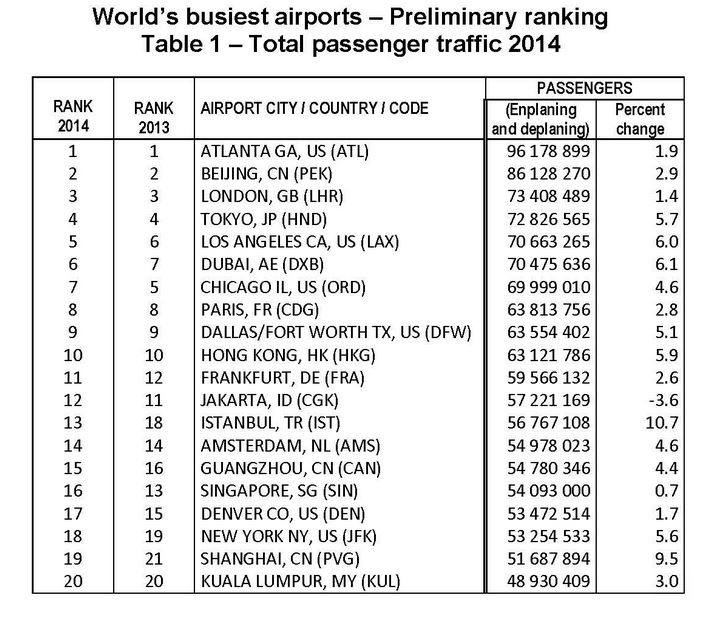 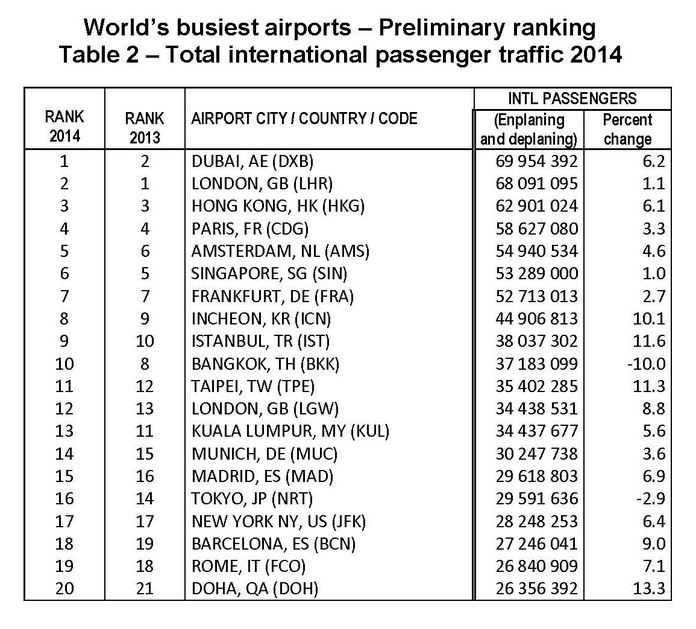