Christine Ourmières-Widener is to step down as CEO of CityJet. 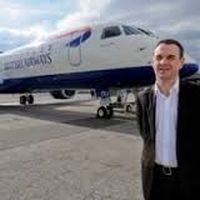 Ms Ourmières-Widener has led the airline for the past five years through difficult strategic changes.  She oversaw the airline gaining its independence from Air France in 2014 to Intra Aviation; the separation from the subsidiary company VLM in late 2014 and finally the sale and lease back of seven aircraft with Falko Aviation at the end of December 2014.  Previously she had held senior management positions at Air France in London and the United States.

Christine’s replacement has not been announced at this stage and it is assumed that Pat Byrne, the creator of the airline in 1993 and Chief Executive until the carrier was sold to Air France, recently re-appointed Chairman, will take on a more active role until a new appointment is made.

Also departing, but with his replacement announced, is Cathal O'Connell, CEO of bmi Regional.  His replacement is Peter Simpson, formerly of British Airways and its CityFlyer (LCY) division, who takes over from today (2 March).  The big question has to be whether Mr Simpson takes an interest in London City Airport, not on the bmi current agenda but perhaps for the future.   www.cityjet.com   www.bmiregional.com

Neither the Embraer 135 nor 145 have good enough performance to manage a reasonable payload out of London City Airport.