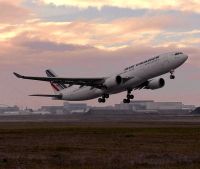 FRANCE has officially announced that attempts to salvage the flight recorder from the AF Airbus A330 which disappeared in the South Atlantic on 1 June have not succeeded.  However the French safety authorities have not lost all hope of retrieving the so-called black boxes and are seeking help from other experts.  Whilst the cause of the accident can only be a case of conjecture it is known that a violent storm was taking place in the flight path.  Speculation is that the speed sensors on the aircraft could have provided incorrect readings to the flight deck crew due to icing, thus provoking a sudden stall.  The Captain’s body has been recovered indicating that he might have been undertaking a rest period at the time. www.airbus.com